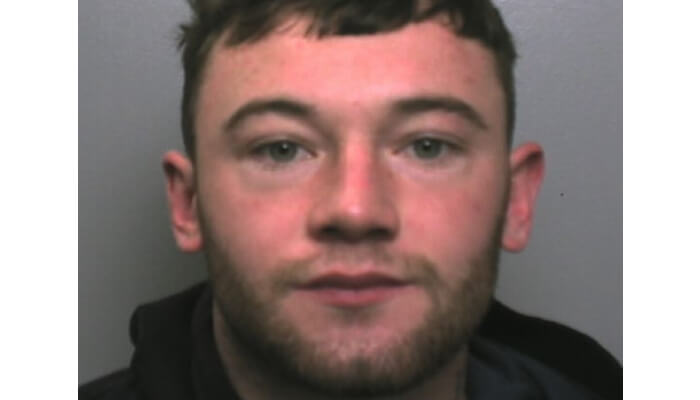 A racist who robbed, threatened, and abused a taxi driver in a shocking Islamophobic hate crime received a three-year prison sentence last week (May 27).

Egerton also used the homophobic slur “f*****,” threatened to “smash his head in” and steal his taxi, before using more racist language, “P*** f*****s, I’ll take his taxi off him if he doesn’t take me home,” the recording captured.

It emerged that the racist incident took place in the early hours of August 4, 2019.

Prosecutor Steven Bailey said: “He filmed the driver on his phone. The driver was scared. The defendant was chanting, ‘England till we die’.”

After subjecting the taxi driver to horrific racist abuse and threats, Egerton robbed the driver of £19 and fled the scene after pulling on the handbrake – which caused the vehicle to swerve – and was travelling at 25mph.

StokeOnTrentLive reported that police had initially looked at a community resolution order until the video appeared online.

In a victim impact statement, the taxi driver spoke of their fear of working nights and his loss of confidence.

Judge Paul Glenn rejected the mitigating claims for a non-custodial sentence and said: “You immediately quibbled about the price and you handed over £13 and then began shouting about being British, about being white. The driver was scared.

“You continued in your diatribe. You made disgusting racist remarks. You threw in a few homophobic comments for good measure.”

Whilst the judge did accept that Egerton was ‘remorseful and ashamed and that it was spontaneous, he added that the serious nature of crime required an immediate prison sentence.

A headline on StokeOnTrentLive read “Footy coach cries like a baby as he’s jailed for vile rant.”

Detective Constable Jon Snape, of CID North, said: “Samuel Egerton subjected the taxi driver to a terrifying ordeal. He demanded cash from the driver, was racially abusive and threatened him. Thankfully, the driver was not harmed but he did steal cash from him.

“He has now received a custodial sentence for his actions that morning.”

Chief Inspector Mark Thorley, of the Staffordshire Moorlands Neighbourhood Policing Team, said: “I, along with others, saw the social media footage of this horrendous act of racially motivated abuse and was disgusted. I am reassured that the investigation which quickly followed has led to this point where the offender has been brought to justice and the victim of this crime has been supported. The actions of this person do not reflect the majority of the Moorlands community who I know from the contact I have had are as shocked as myself.

“We will continue to ensure that the Staffordshire Moorlands continues to be the safe place it is to live, visit and work.”

For taxi drivers, Tell MAMA’s Safety, Security, and Beyond campaign ensures drivers know their rights, how to report anti-Muslim hate and Islamophobia, and how to report hate crime. We can report incidents to the police on behalf of drivers or take reports in confidence.