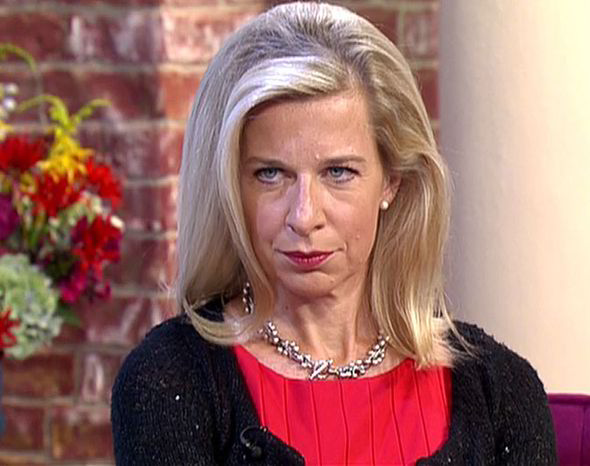 This morning we highlighted deeply offensive comments by ‘Twitter’ spinner Karen Danczuk. It seems that the lives of 717 Muslim pilgrims becomes Twitter chatter for some.

Never to miss an opportunity to build a career on inflammatory statements, Katie Hopkins has also jumped into the mix. Yesterday she tweeted the following:

“717 pilgrims killed in stampede during religious pilgrimage where they throw stones at pillars.  Target practise for Sharia I guess.”

So here we go again. It is as if, in the minds of some, Muslims think the same and live their lives as some form of homogenous block. But what is particularly sickening about the Hopkins tweet is that she takes a religious event meant to symbolise rejecting evil, as being “target practise for Sharia”. She is in effect saying that people on the Hajj, (who according to her world view, are influenced by Sharia), will be practising throwing stones  – and with the association that this is linked to inhumane punishments.

Going to the Hajj is one of the most important experiences for Muslims in their lives. It is a spiritually cleansing experience for many, yet, judging by any reading of the tweet of Hopkins, those who go on the Hajj are practising their stone throwing to possibly harm others. There is only one thing to say about Hopkins in Twitterland – #epicfail.