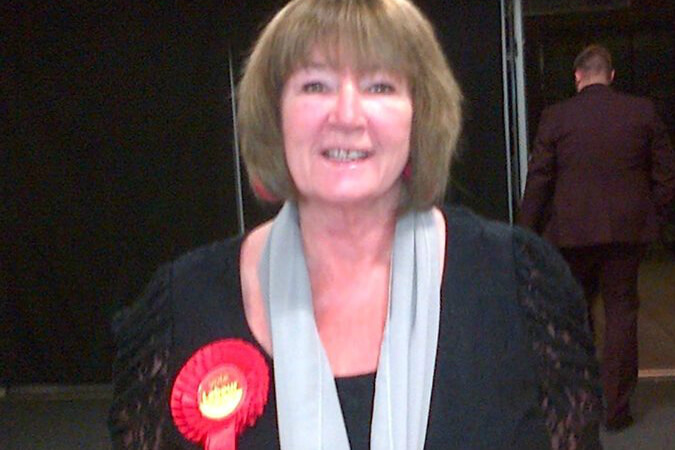 UPDATE: A meeting was held on June 18 and Cllr Bowman stated that “she was not aware of who he was” and had not knowingly ‘liked’ his page. She did, however, admit to agreeing with the anti-migrant posts. The council concluded that her comments “were made in her private life and not while representing the Council or acting as a Councillor, I do not therefore consider there has been a breach of the Code of Conduct”.

A Labour Party councillor who allegedly ‘liked’ the Facebook page of the far-right extremist Stephen Yaxley-Lennon (aka Tommy Robinson) before its removal from the platform, had shared an anti-immigrant post last month, Tell MAMA can reveal. 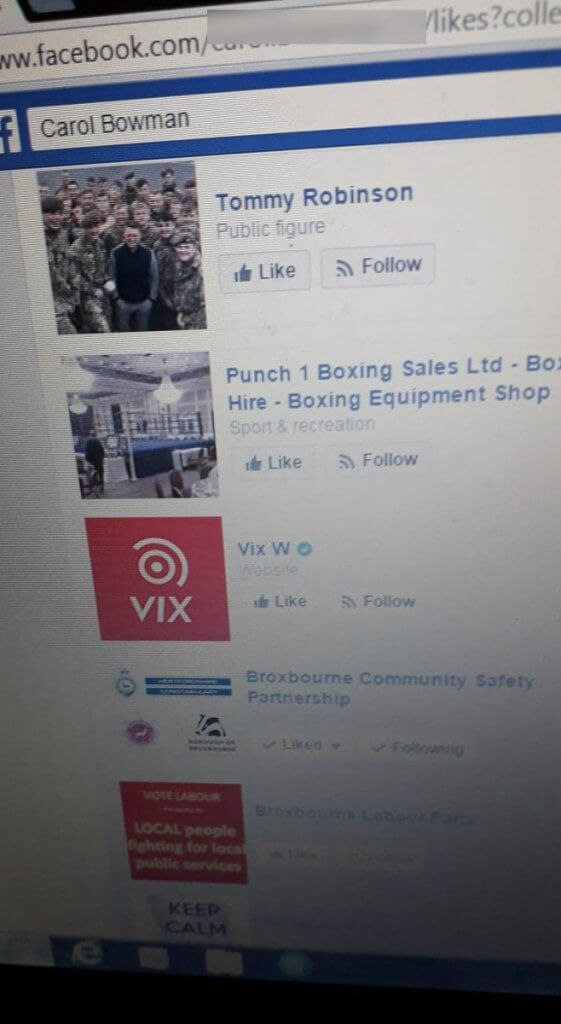 Tell MAMA began its investigation after a member of the public forwarded screenshots of posts and ‘likes’ attributed to Cllr Bowman’s personal Facebook account.

A blog post from Facebook on February 26, 2019, outlined how Mr Yaxley-Lennon had incurred multiple breaches of its Community Standards, in posts which dehumanised Muslims and promoted violence against them. Examples cited by the BBC included a post which encouraged individuals to “terrorise and behead those who follow the Koran”.

It was during this investigation that Tell MAMA uncovered a post, dated May 11, 2019, where the councillor shared a post which read, “The best barrier for stopping illegal immigrants is to stop ALL benefits to illegal immigrants.” It went further, adding, that “WE OWE THEM NOTHING.” Ms Bowman captioned the post, “Yes, totally agree!”. 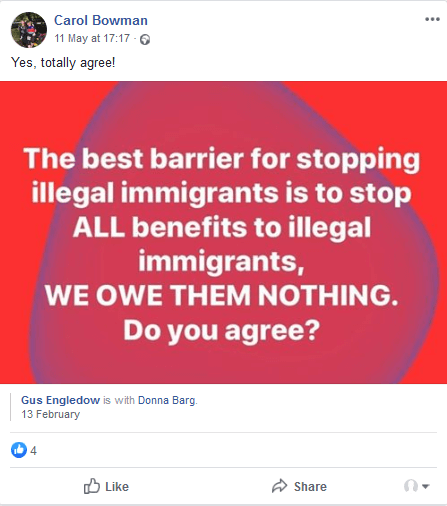 Eligibility for tax credits and other social security benefits for EU residents and migrants outside of the European Economic Area (EEA) depend on passing a habitual residence test (for the former), and Non-EEA nationals require indefinite leave to remain (often called “settled status”) to proceed with such a claim.

Those with ‘limited’ leave to remain are unable to apply for such social security benefits, as they have “no recourse to public funds”. This precarious status, has, according to housing charities, put individuals and families at greater risk of homelessness.

This racialised and caustic myth has circulated online in various email chains for over a decade and is traceable to similar campaigns in Australia and Canada. Given the viral nature of the email campaign, the House of Commons Library issued a briefing paper countering the myth that refugees and ‘illegal’ immigrants received more financial support from the government than pensioners.

An additional screenshot provided to Tell MAMA purports to show Cllr Bowman sharing a viral Facebook post from 2013 where an individual ranted about needing to renew their passport, and, despite his family living in England ‘since 1776’, he instead had to rely upon his doctor, who, in their own words, was, “BORN AND RAISED IN PAKISTAN”. 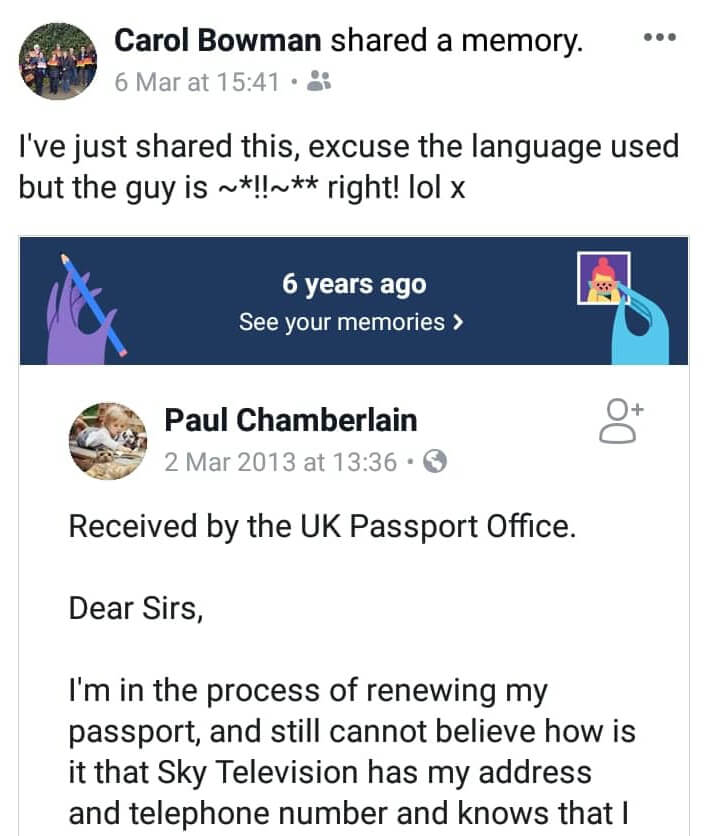 A valid counter-signatory on UK passports is someone who knows the applicant (not professionally) or is ‘a person of good standing in their community’ or work in (or be retired from) a recognised profession, like a doctor or GP. A family member or partner (via marriage or cohabitation) are not permitted to be countersignatories on UK passport applications.

Tell MAMA reached out to Cllr Bowman but as of writing has not received a reply.

Tell MAMA will be making a formal complaint to Broxbourne Council and the Labour Party.