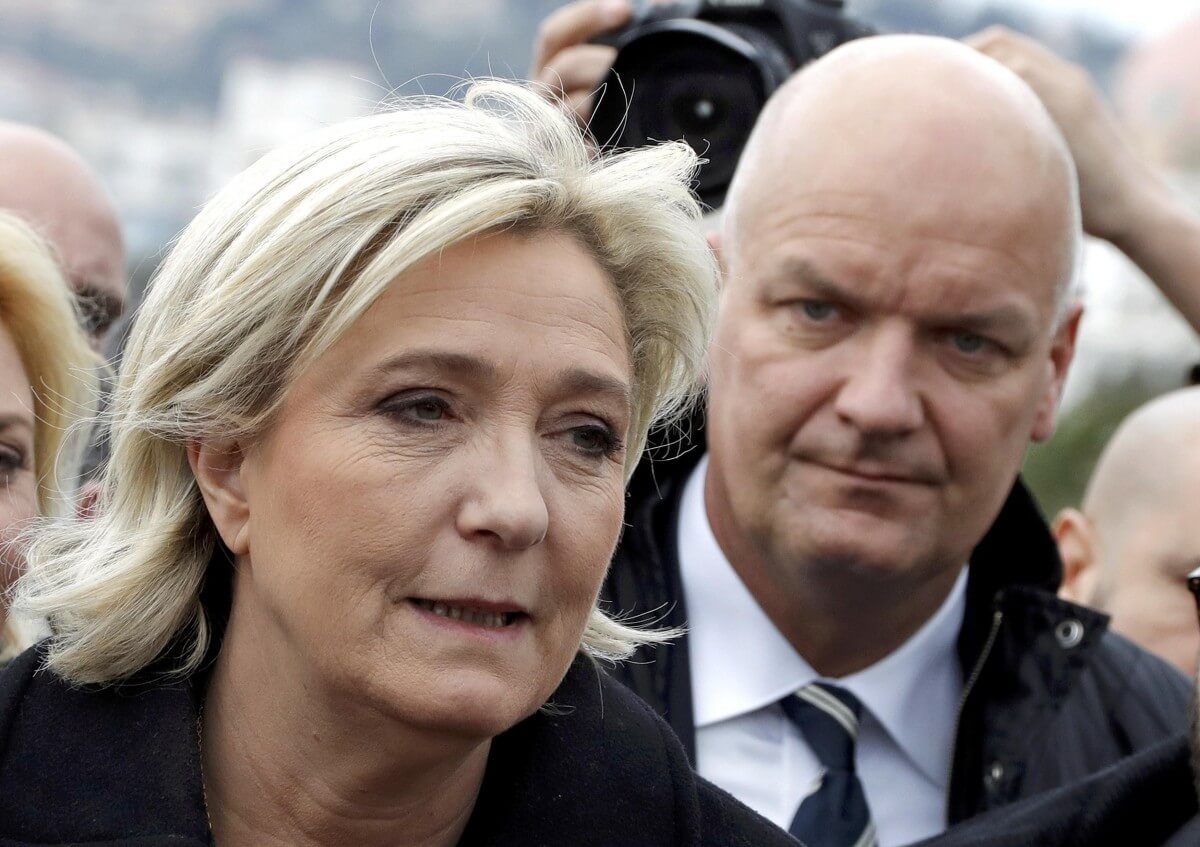 The chief of staff of French far-right leader Marine Le Pen was put under formal investigation on Wednesday after a day of questioning over the alleged misuse of EU funds to pay parliamentary assistants, a judicial source said.

Catherine Griset was taken into custody for questioning along with Le Pen’s bodyguard Thierry Legier, who was later released without being put under investigation, according to the source.

In reaction to the news, Le Pen said that she formally denied any wrongdoing in a case that she said was being used to undermine her campaign.

The case has landed her in the spotlight alongside another leading candidate, Francois Fillon, a right-winger being investigated over public funds he paid to his wife and children as parliamentary assistants.

Wary that her image and lead in polls of voting intentions could be hurt, Le Pen on Wednesday said she was convinced voters would not fall for what her lawyer Marcel Ceccaldi said was manipulation designed to destabilise her.

“The French can tell the difference between genuine scandals and political dirty tricks,” Le Pen, who has previously denied any wrongdoing in the affair, told reporters.

Griset and Legier are key figures in an investigation opened following demands by the European Parliament that Le Pen repay money she is accused of wrongly paying the two.

Le Pen is consistently tipped in opinion polls to win the April 23 first round of the two-round race but she is also tipped to lose the two-way runoff ballot on May 7 – to either Fillon or another independent candidate, the centrist Emmanuel Macron.

Wednesday’s detentions followed a police raid on Monday on Le Pen’s National Front party headquarters on the western edge of Paris, while she was abroad.

Fillon’s poll ratings fell after the scandal concerning him surfaced in late January but they have since steadied and he is more or less neck-to-neck with Macron for the other slot in the May 7 duel.