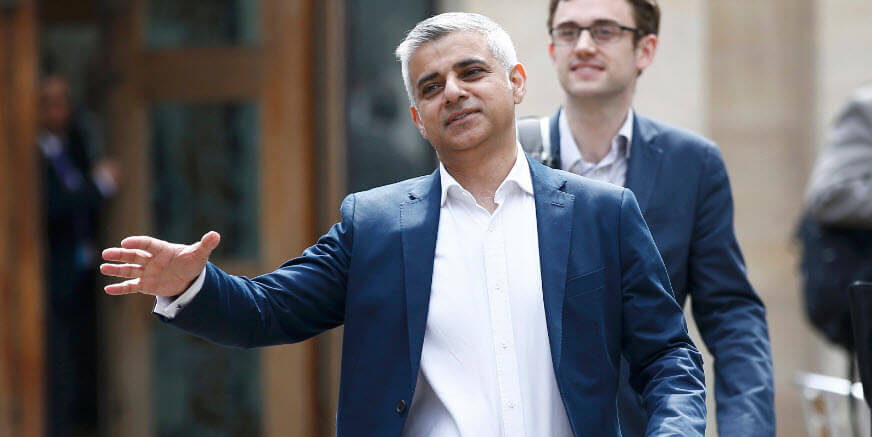 Efforts by the Conservative party to link the new Mayor of London to Muslim extremism during campaigning for the capital’s election were just part of the “rough and tumble” of politics, a senior MP said on Saturday.

As politicians from all sides lined up to condemn his party’s tactics in the mayoral race won by Sadiq Khan, the son of Pakistani immigrants and the first Muslim to hold the job, Defence Secretary Michael Fallon refused to apologise.

“In the rough and tumble of elections, you get stuff said, questions asked,” Fallon told the BBC when asked if he regretted describing Khan as a “Labour lackey” who speaks alongside extremists.

“I think it is right that candidates for some of the most important offices in Britain do get scrutinised about their past associations.”

Conservatives including Prime Minister David Cameron and Fallon himself had sought to question whether London would be safe being run by the 45-year-old Khan, a Labour Party MP who grew up in public housing in the capital’s inner city.

Khan, whose parents worked as a bus driver and a seamstress, defeated Conservative candidate Zac Goldsmith, the son of a billionaire financier, by a record margin to secure the biggest individual mandate in British political history. His victory in Thursday’s election made headlines around the world.

Some commentators suggested the focus on Khan’s religion had backfired in a city noted for its diversity and which is one of the world’s top financial centres. Britain remains largely free of the identity politics seen in the United States.

During the race Goldsmith had joined forces with Cameron and other senior party members to question Khan’s past appearances alongside radical Muslim speakers at public events, accusing him of giving “oxygen” to extremists.

A former human rights lawyer, Khan said he had fought extremism all his life and regretted sharing a stage with speakers who held “abhorrent” views.

“This election was not without controversy and I am so proud that London has today chosen hope over fear and unity over division,” Khan said in a short speech after the results were announced early on Saturday. “I hope that we will never be offered such a stark choice again.”

Sayeeda Warsi, a former Conservative Party chairman, said the campaign had damaged the party’s reputation and credibility on issues of race and religion, while Labour politicians called on Fallon and Cameron to stop smearing their candidate.

As the left-wing mayors of New York and Paris saluted Khan, the Financial Times newspaper described the win as a “remarkable triumph over the racial and religious tensions that have bedevilled other European capitals”, saying it highlighted London’s tolerance.

Among the first to congratulate Khan was Goldsmith’s sister Jemima, a journalist and campaigner who described London as a city for all cultures, backgrounds and religions. She said the victory was a great example to young Muslims.

“Sad that Zac’s campaign did not reflect who I know him to be — an eco friendly, independent-minded politician with integrity,” she tweeted.

Sajid Javid, business secretary and a Conservative, said on Twitter: “From one son of a Pakistani bus driver to another, congratulations.”

Khan’s victory makes him the first Muslim to head a major Western capital, presiding over such issues as policing, transport and housing for 8.6 million people. The mayor does not run the City of London financial district but can try to influence the government in lobbying for the capital.

The Labour party also maintained control of the London Assembly, making the capital one of the few bright spots for the opposition party, which endured a day of poor results in elections elsewhere in the country.