Man in MAGA hat made anti-Islam remarks on London Underground 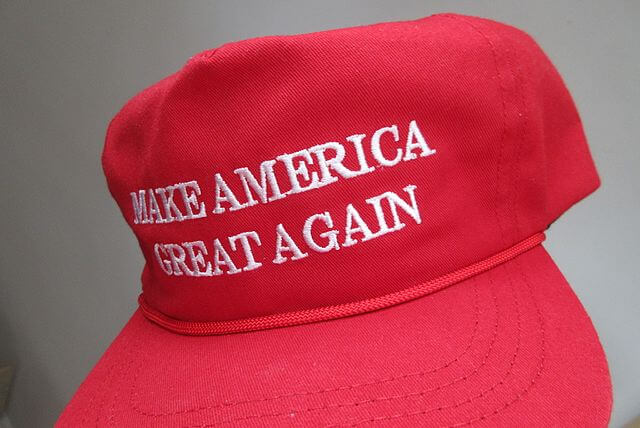 A man in a “Make America Great Again” hat went on an anti-Islam rant and threatened a fellow passenger on a London Underground train.

The witness, who is not Muslim, contacted Tell MAMA to report the incident and agreed to have his story told anonymously.

He stated that the incident began when he asked the man if he was ‘wearing one of those hats?’ to which the man replied, “yes, it’s great isn’t it?”, adding that it “looks better than a burqa, doesn’t it?”.

The witness then retorted that he would rather see him a burqa and returned to reading his book.

But the perpetrator then began to rant about Islam and Muslims, which included the statement, “it’s not just America that’s getting sick of Islam.” The witness added that the rant about Islam continued for several minutes in a ‘gleeful’ manner, according to the witness.

Upon leaving the train, the man in the “Make America Great Again” hat threatened the witness, who retorted in a ‘heated’ manner, but no physical violence took place, and the witness soon left the station.

The perpetrator is described as being a white male, in his 30s to 40s, who spoke with a southern English accent.

The witness declined to report the incident to the police but wanted to raise awareness by reporting to Tell MAMA.

It can be difficult to witness or experience racism or a hate crime which is why there are free and impartial guides to assist.