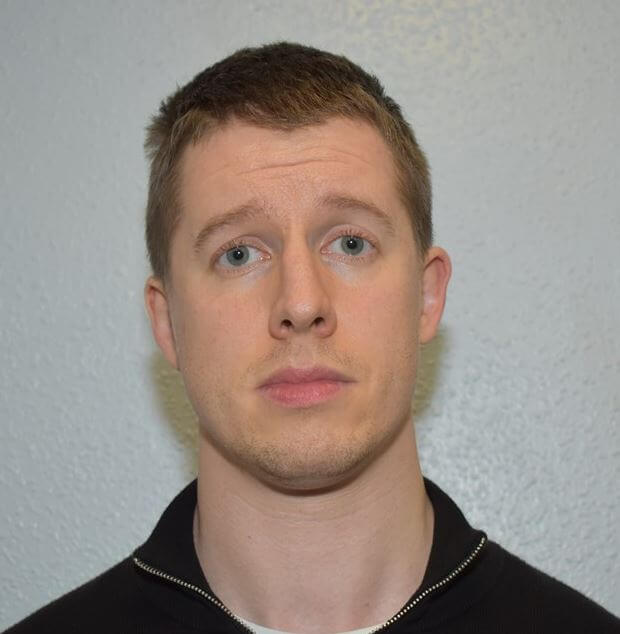 A neo-Nazi was jailed last week for remaining a member of the proscribed terror group National Action after being sentenced at the Old Bailey.

Thirty-six-year-old David Musins admitted guilt to belonging to a proscribed group, contrary to section 11 of the Terrorism Act 2000.

At least 25 members of the neo-Nazi terror group have faced prison since the banning order took effect in December 2016.

Our in-depth report, published on May 17, explored the lingering influence of National Action and their aliases – including the System Resistance Network, Scottish Dawn, and NS131.

Officers from the Met Police connected Musins to the infamous fascist online forum Iron March, as posts from him in early 2016 detailed his interest in history before embracing the genocidal ideology of National Socialism.

Within a few short weeks, Musins attended a National Action meeting in Paddington on March 6, 2016, and within the same month, participated in a far-right ‘Legion’ training camp in Derbyshire – (which fuses MMA, boxing and self-defence skills and ideological sessions). And finally, he attended a National Action agitation in Darlington in November of that year (which included other far-right and neo-Nazi groups, like the Scottish Defence League and the North-west Infidels).

The Met made clear that following proscription, Musins continued his activities with NS131 throughout 2017, which included events that included knife survival techniques – believed to have been held in May of that year.

When officers raided the north London address of Musins in late 2017, they found black clothing, spray paint cans, boxing gloves and a groin guard, which they connected to his activity with the banned group. In addition, a USB stick contained a digital journal referencing his time at the far-right Legion training camp. Musins was pictured with others giving a Nazi salute above an NS131 banner in August.

He pleaded guilty on March 14 before receiving a prison sentence of three years, with an extended period on licence for twelve months, at the Old Bailey on May 27.

Judge Anthony Leonard QC said: “That you left the group voluntarily is particularly significant, but it cannot expunge your earlier behaviour, which is abhorrent.”

Commander Richard Smith of the Met’s Counter Terrorism Command said: “This was a detailed investigation which led to an admission of guilt and the team should be highly commended.

“Outwardly, Musins was unremarkable but secretly he willingly joined and took part in activities run by an extreme right wing group of individuals, united by confused and hate filled ideologies.”

Nick Price, who leads the CPS Counter Terrorism Division, said: “David Musins continued to associate with members of a banned right-wing group which perpetrated hateful and racist views. It is right that faced with the evidence against him he admitted this offence and has been sentenced today.

“There is no place in society for these beliefs. Our team at the CPS has prosecuted a number of National Action cases since it became a proscribed organisation, and we will continue to prosecute all cases involving banned organisations where possible.”