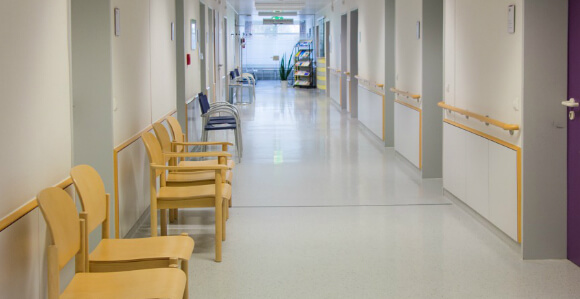 Receptionists at a hospital in Birmingham failed to stop the racial abuse directed at two Muslim women until they were requested to call security.

He continued to abuse the women without challenge from reception staff or members of the public, even when he continued to call them ‘black b*stards’.

One of the Muslim women challenged the abuse and replied: “If you are what represents Britishness, I don’t want to be British”.

The abuse only stopped when one of the women approached the reception desk and requested that security intervene.

The incident occurred on November 17.

A family member of one of the women contacted Tell MAMA and consented to have this story told anonymously.

The racial abuse directed at the women, who are South Asian and not black, demonstrates how racialisation has less to do with biology and more to do with a ‘radical’ form of othering which concerns power relations – be it in institutions, or, in this case, daily interactions. Or, to put it another way: racialisation concerns the political, economic, and political marginalisation of groups due to physical markers and cultural factors.

This form of racialisation, however, is a departure from tradition, where ‘the black-white divide was preeminent’, and demonstrates how the reconstruction of ‘the Asian’ foregrounds a construction of ‘the Muslim’ which overlooks the ethic and cultural diversity of Muslims in Britain. In this framework of ‘othering’ where aspects of political discourse and sensationalist media portrayals further normalise the idea that the beliefs of Muslims are at odds with mainstream society and have become synonymous with ‘deviance’, ‘un-Britishness’ and terrorism. Criminalisation, therefore, preempts empathy with the affected groups.

It’s why Tell MAMA, in its submission on a definition of Islamophobia/anti-Muslim hatred, argued that any understanding must be grounded in the concepts of racialisation and cultural racism.

A rising number of reports to Tell MAMA – of threatening behaviour, abuse, violence, and discrimination has prompted the release of an interim report, covering the first six months of 2018, which has coincided with the above submission.

The perpetrator was described to Tell MAMA as being a white male in his fifties.

We will be writing to the hospital, which we have declined to share publicly to protect the identity of the women, to complain about the conduct of their reception staff.