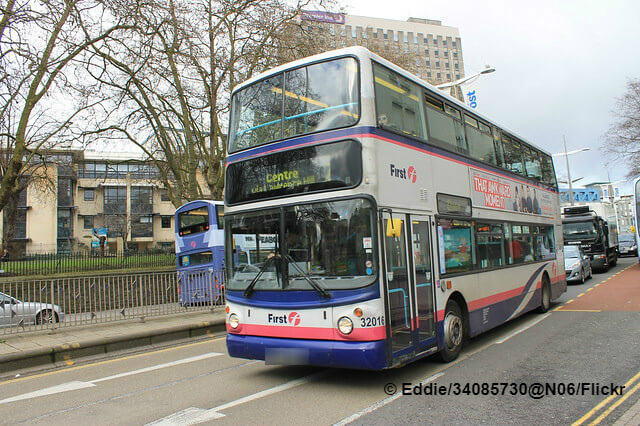 A Muslim woman, who wears the hijab, described the racist abuse she faced from a man who stared at her and said out loud: “there are too many of these people” and “they need to go back to their countries” on a crowded bus in Bristol on July 22.

The woman consented for Tell MAMA to tell her story anonymously.

She added that a woman, who she believed was their partner, had told him to stop, to which the man laughed, adding that he ‘cannot be racist as he has a black television’.

When departing the bus, however, the man then punched the adjacent window to the Muslim woman with such force that it “shook”.

She then spoke to the driver who was, in her words, dismissive of her concerns and denied hearing the man making racist remarks, points she will raise with a complaint to First Bus.

Tell MAMA reported the incident to Avon and Somerset Police on her behalf.

She described the man as being white, who was in his mid-to-late twenties, or early thirties.

The act of racism denial has been subject to several important and influential academic studies. One such study, published in 1993, argues that the act of denial takes several forms: the denial of racist intent, trivialising and/or downplaying the significance of the racist incident, inverting the criticism where dominant groups are targets of discrimination, or, through acts of positive self-presentation. But, as van Dijk argues further, other strategies exist outside of outright denial: the justification of events which denies its negative intent, the use of excuses to deny services due to the role of others or ‘special circumstances’, or to blame the victims (on an individual or political level).

The act of self-presentation, therefore, functions as a disclaimer, where the ‘but’ appears beforehand to help justify discriminatory practices, and to “protect the in-group as a whole from accusations of racism”. Racism denial has a socio-political function: to deliberate and undermines anti-racist analysis, and to undermine measures against it, and, as van Dijk asserts, externalising racism and racist acts to the political fringes, obscures how institutions and politicians have an indirect influence and “contribute to the legitimation of  white group dominance, that is to the reproduction of racism”. As others contend that nationalism has overtaken traditional understandings of racism to “sanitise and deracialise racist discourses”.

Tell MAMA verified 58 reports (7 per cent) of anti-Muslim and Islamophobic abuse on transport networks in 2017.