Man who intended to stab Muslims with ten-inch knife jailed 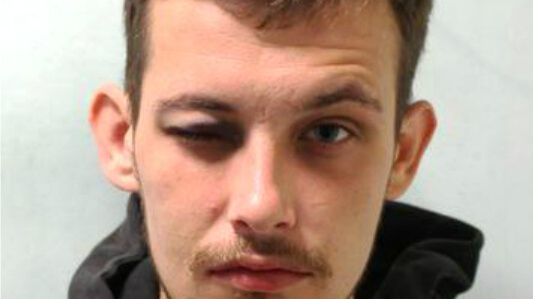 A man who believed that stabbing an imam in the neck would make him a ‘martyr for England’ has been jailed for over two years.

Mickey Sage, 24, admitted that in the early hours of June 7 that he had pulled a knife on people in Camberwell Green junction with Camberwell Church Street in south London, asking if they were Muslim.

Police responded to call around ten minutes earlier of a man in the area in possession of a knife.

A member of the public then informed officers that a man matching Sage’s description had discarded the ten-inch blade nearby.

Sage made various anti-Muslim slurs following his arrest, admitting that he intended to stab a Muslim, mentioning to the arresting officer “it was my knife and I was out to kill a Muslim.”

The charges, which were religiously aggravated in nature, included two counts of threatening a person in a public place with a knife.

He pleaded guilty to all charges at Camberwell Green Magistrates Court on November 21.

DC Samuel Cafferty from Southwark CID said: “Sage set out with a large knife with the clear intention to find Muslims to stab. Hate crime like this has no place in any society. Sage poses a very clear and present danger to members of the public, particularly the Muslim Community and I’m pleased that he now has plenty of time to consider his actions. Members of public confronted by Sage were not harmed but shaken by their ordeal and managed to get away from what could have been a very different ending.”

An anti-Muslim meme uploaded in 2015 appears on a social media account attributed to Sage but lacks any independent verification.

Hate crime can be reported through 999 in an emergency, by dialling 101 in a non-emergency, directly at a police station, through the MOPAC Hate Crime app.