Marchers across Mexico vent anger over Trump, and their own president 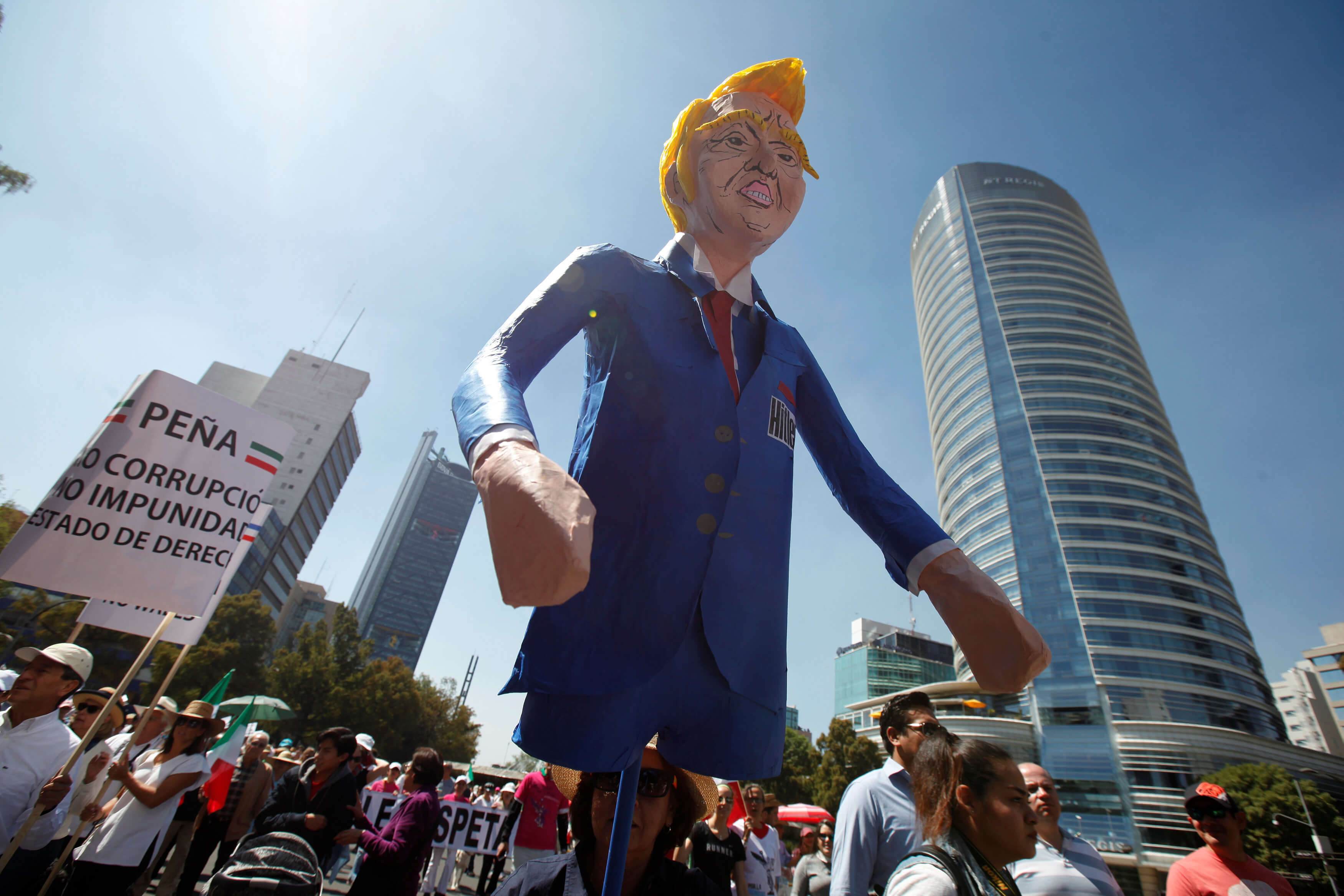 Thousands of protesters in more than a dozen Mexican cities took to the streets on Sunday to express their fierce opposition to U.S. President Donald Trump, portraying the new leader as a menace to both America and Mexico.

Waving Mexicans flags and hoisting anti-Trump signs in both Spanish and English, some vulgar, many protesters also heaped scorn on their own president, deriding Enrique Pena Nieto as a weak leader who has presided over rampant corruption and violence at home.

Trump and Pena Nieto have been locked in battle over their countries’ deep ties for months, even before Trump won the presidency with promises to get tougher on immigration and trade from Mexico.

In a rare display of national unity, marchers and organizers came from across the country’s deeply polarized political factions, encouraged in part by a pro-march ad campaign by Televisa, the country’s dominant broadcaster.

In the Mexican capital, two separate marches were set to converge on the iconic Angel of Independence monument on the city’s leafy Paseo de la Reforma avenue.

“He’s such a bad man and he shouldn’t act the way he does,” said 62-year-old marcher Jorge Ruiz about Trump, who expressed particular anger at how the former reality TV star has insulted migrants.

“Mexicans demand respect, we want bridges not walls,” read one banner carried by nearby marchers. “Trump you diminish America,” read another.

Maria Paro Cassar, an organizer, said Trump has made Mexico and Mexicans in the United States “his favourite target.”

“His policies are a global threat that go against pluralism and diversity and they represent a particular threat to Mexico,” she added.

Three weeks into his administration, Trump has vowed to move ahead with construction of his signature border wall, which he has repeatedly said Mexico will pay for, as well as signalling a new push to deport millions of unauthorised immigrants from the country.

While organizers of the marches promoted them as non-partisan, many singled out Pena Nieto as a major obstacle.

“We’re also marching today to demand that our own rulers put an end to corruption and so much loss of life here and actually look out for the good of the country, not just themselves,” said 28-year-old office worker Victor Robledo.

Last month, a poll showed that Pena Nieto’s approval ratings had hit a record low at just 12 percent, the lowest level of support for any president in decades.