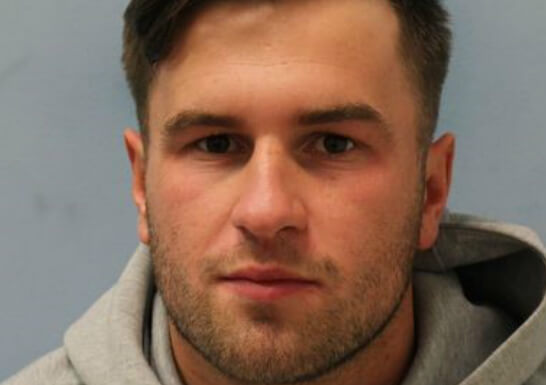 A man who shouted racist and Islamophobic abuse before deliberately driving at worshippers who were leaving a mosque has been jailed.

Martin Stokes was sentenced to five years behind bars for the late-night attack in September last year at the Al Hussaini Association Muslim community centre in north-west London in which three people were injured, police said.

The 25-year-old, of Lynton Close in Wembley, was also banned from driving for seven-and-a-half years after pleading guilty to dangerous driving, causing serious injury by dangerous driving and a religiously aggravated offence, the Metropolitan Police said.

Stokes had been drinking and smoking with others while parked up in the car near the mosque in Cricklewood where a private event was taking place, the force said.

The group, who were said to be causing a disturbance, were asked to move on by the event’s stewards but instead Stokes shouted racist abuse before deliberately driving his car into a group of people as they left the mosque at around half-past midnight on September 19, the Met said.

He then fled the scene, leaving three injured including one man in his fifties who was hospitalised for more than three weeks.

Following his sentencing at Harrow Crown Court on Wednesday, Detective Sergeant Kelly Schonhage said: “Stokes selfishly drove his car at a group of innocent pedestrians and had no regard whatsoever for their safety.

“It is very fortunate that no lives were lost in this incident and we are pleased that Stokes has now been brought to justice.”

Javid Rana, chairman of the Association of Muslim Police, said: “We know this incident caused significant concern within the community and we were pleased to be able to support this investigation and provide reassurance to the public.

“This prosecution sends a clear message that the MPS (Metropolitan Police Service) does not tolerate hate crime of any nature and takes such matters very seriously.”

Mohammed Al Bayati, from the Al Hussaini Association, praised those who had helped in the aftermath of the incident.

He said: “The members of our association wish to join me in recognising the selfless actions and bravery of all our community wardens, men and women, young and old and the other members of our community whose care and prompt actions helped minimise the extent of the injuries sustained and prevented an even deeper, unthinkable tragedy.

“We are particularly grateful to Commander Simon Rose and Detective Sergeant Kelly Schonhage and their teams for their swift action and continued efforts relating to this attack, in identifying those involved, and in bringing much needed reassurance to our community.”