Meet the Kent Police Commissioner Candidate for the English Democrats 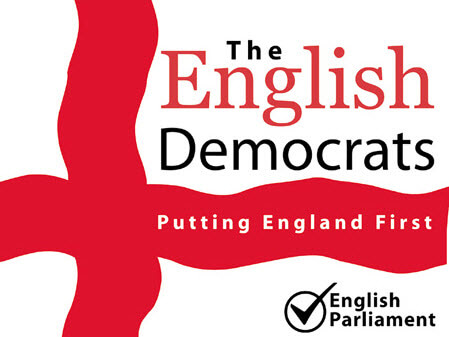 The English Democrats have absorbed previous supporters of the British National Party and the Party has failed miserably to make any major political headway in the past. Given the comments we have found around Islam and Muslims, the English Democrats certainly are far from the centre political ground.

No doubt, they will remain an irrelevance in the Police and Crime Commissioner elections for Kent.

We thought we would respond to his tweets below.

Only one religion I know tells it's followers to rape non followers .. Islam …and Muslims https://t.co/7VRVDyKNSP

Editor: Er no Steve. Think this is what we call – ‘Make it up as you go along.’ Does not build much public confidence in your ability to grasp issues. In fact, it is pretty frightening that you think this way.

Editor: Er, you have now lost the plot again Steve. Just as we thought you were getting a grasp of Islam and Muslims, you go and come out with this. It is back to the statistical drawing board for you.

Scotty, just checking that you are aware that Muslims in England do not use toilet paper .. they use their hands https://t.co/OhgeBAm6Cp

Editor: Last time we looked, there was plently of loo paper around and judging by your comments, you might want to steer clear from having a curry in the future. You know, some of the waiters may read this and decide to test out your theory.

Editor: Quick question – the way that reads is rather weird and thank you for suggesting that any allegation of rape or grooming will be investigated when reported by Muslim men. We think that what you wanted to say was that any allegation of rape or grooming conducted by ‘Muslim men,’ would be investigated. How charming of you to suggest that rape or grooming is linked to Islam or Muslims, as if their faith drives them to it. This is another case of ‘make it up as you go along.’  In case you were not aware, the vast majority of rape cases statistically involve non-Muslims and we should be talking less about this but rather ensuring that the safety of women is enhanced. We should also be talking about reducing the culture of violence in the minds of some men who think that women are sexual objects. This is about power, rather than faith driving men.

Also, just aside from that, there is the small little matter of the fact that any such complaint is already looked into by the police – you seemed to have missed this out. According to your tweet, it seems that only complaints about Muslims will be investigated. You do realise that you are slowly giving the public the opinion that you are…..not very informed on matters.

Editor: Ban the Burqa Steve – Burqa with a ‘q’. Er, not a major issue the last time we were in Dartford, Kent, we did not see large swathes of women donning the burqa or is this one more element of your bizarre judgements made about Muslims. Judging by previous comments – you might want to rethink this one.

Editor: You would then effectively ban Schehita – that is the religious preparation of food for Jewish communities. Thought this one through Steve? After this series of tweets, hold onto your mast Steve, the ship is fast sinking for the English Democrats in Kent.