Mohammed Saleem – Three Years Have Passed Since His Killing 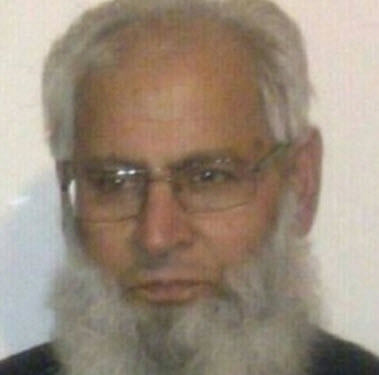 On the 29th of April 2013, a grandfather and family man Mohammed Saleem, was returning back home after prayers at the local mosque. On his way home, he was targeted by the Ukrainian neo-Nazi sympathiser Pavlo Lapshyn, who subsequently killed the harmless grandfather, thereby robbing a family of the precious time they had with him.

Three years have passed to the day since his killing by Lapshyn, who was convicted to a life term and with a minimum sentence of 40 years to be served. Lapshyn had also gone onto place explosive devices in 3 mosques in the West Midlands area with one of the devices spraying nails within the bounds of the Tipton mosque.

We were honoured to have Shazia Khan, (the daughter of the late Mohammed Saleem), to speak at our annual dinner in 2014. Details of her speech can be found here.  A second daughter, Maz Saleem, has gone on to become an anti-racist campaigner and gives talks up and down the country on the need to tackle racism and anti-Muslim prejudice.

Three years have passed since the murder and little is talked about regarding this targeted killing on the streets of Birmingham.

Next time someone says to you that anti-Muslim prejudice is not a reality, do mention the names of Mohammed Saleem and Mushin Ahmed. Their names deserve to be remembered and their families live with the loss every day. May their lives inspire us all to tackle hatred, racism and intolerance with a greater impetus.