Murderer of Asad Shah, Tanveer Ahmed, has Shamed All Believers 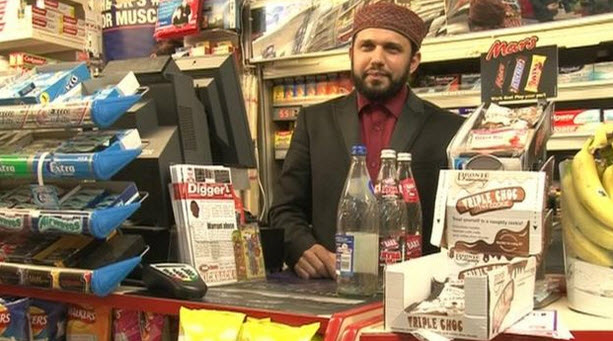 Today, Tanveer Ahmed, the murderer of Asad Shah, was sentenced to a life term and told that he will serve a minimum of 27 years in jail.

Tanveer Ahmed pleaded guilty to the religiously motivated murder of Asad Shah and the motivation was simply because Mr Shah had posted videos online in which he claimed to be a prophet. In fact, during the trial it came to light that Tanveer Ahmed watched Mr Shah on his mobile phone as he travelled to Glasgow on the day of the murder. According to news sources, he was heard in a phone message to say:

“Listen to this guy, something needs to be done, it needs nipped in the bud”.

The Judge’s comments in her summing up were damning. She stated:

“No-one in any civilised country including Scotland has the right to take the life of another whatever offence that individual perceives that he or she has suffered.

“It is vitally important in modern society that respect and tolerance for others of any race, creed, colour, ethnic origin or religious belief is maintained and protected by the law of the land.

“I note with considerable concern that you have expressed no remorse whatsoever for this appalling crime.”

Legacy of the Murder

The murder of Asad Shah raises a number of issues. The first is around individuals who believe that they have the right to protect faith and belief at all costs. This, as has been seen, is not only dangerous, it is a serious threat to communities and the peace of our nation. It is also immoral and against the very basis of faiths themselves.

In trying to be the moral guardian for Islam, Tanveer Ahmed has not only taken a life, he has also confirmed in the minds of those who dislike faith, that it is the root of all evil. Allied to this, the very religion that he sought to defend and protect, will again be associated in the minds of some, with extremism and the destruction of life. Tanveer Ahmed’s murder of Mr Shah therefore has wider impacts and implications and whilst the case may be over, the repercussions will continue to ripple away.

The murder also raises the relationship of some Muslim communities to the Ahmaddiya community. Whilst the murderer stated that he was motivated by claims made by Mr Shah to be a prophet, we will never fully know whether the murderer was also partially inspired and motivated by hatred towards the Ahmaddiya faith of Mr Shah. The reality is that we will never probably know the full mix of thoughts which led to this brutal murder. This is relevant since there are ongoing intra-Muslim and sectarian issues that are showing themselves through other incidents, albeit non-violent in nature.

We within Tell MAMA have seen a rise in intra-Muslim hate incidents post the murder of Mr Shah and targeted against members of the Ahmaddiya community. Whilst the reasons may be many fold, some of the very comments made by the murderer are circulated against Ahmaddiyas in our country. This is a trend that has continued for some time and which has come to the forefront of the media in the last year or so. It is also a trend which is concerning.

Whatever the future may bring, the murder of Asad Shah and its after effects will continue to be felt. Let us hope that at the very least (and to make sense of the murder of Mr Shah), that we challenge those who believe that a faith should be protected through killing. The only way beliefs should be sustained is through their relevance to the lives of people. That is what people of faith should be working towards and the reality is that Tanveer Ahmed’s actions shame us all. Of that, there is no doubt.