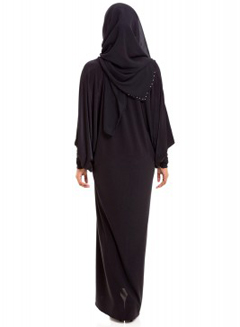 Having worked with about 4,000 individuals in the last 3 years, there are times when a case is shocking and we were contacted by a Muslim family who were humiliated after spending a few hours at the seaside. This is their story and highlights a growing trend towards aggressive threats made to individuals who are visibly Muslim.

The incident was reported in by Jamila, (name has been changed), and Jamila had visited a seaside resort in Kent with her husband and her husband’s brother and his wife and family.

After a few hours of walking by the seaside with the children, they returned back to their vehicle and Jamila’s husband and his brother used the public toilet attached to the cafe near to the vehicle. Both of the men complained when they came out of the public lavatory, that the state of it was unfit for the children to use.

As the family stood by the vehicle, (putting away their bags), a group of 3 white males approached the family from the cafe and accused the men of ‘dirtying’ the public toilets. They also accused the Muslim males of having been caught on CCTV and became aggressive when they were being ignored. They also used abusive language in front of Jamila’s children and to reduce the stress and aggression towards the family, Jamila’s husband and her brother walked away towards the cafe and were followed by the 3 males.

Some time elapsed and when Jamila went into the cafe looking for her husband and his brother, she was met with anti-Muslim comments and statements from women who were in the cafe. Jamila was confronted with comments which included, “you dirty Muslims,” and “you filthy Muslims.” The abuse continued as one of the women charged towards Jamila, who moved out of the way, and she was subsequently pushed by one of the women who was wearing an apron. Jamila believed that the female worked in the cafe.

Jamila’s husband saw the assault on her and came to her aid though he was followed by the 3 white males who began abusing the couple again. To ensure that his wife was safe, Jamila’s husband walked her to the car and when threatened again by the males, decided to clean up the toilet so as to put an end to the threats and the stress of the situation.

After the incident, Jamila’s husband complained that he had been pushed and spat at in the toilet area when he was cleaning it up and the males continued to be threatening towards him. He also complained of the humiliation that he suffered and which the family believe came about, because of anti-Muslim hatred.

We within TELL MAMA have made contact with Kent Police and we are chasing this case up given the severity of what took place. Such behaviour must and should be challenged and we will keep you informed as to the outcome of this case.