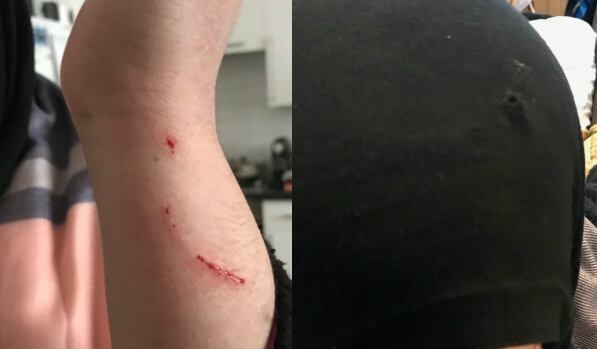 The Metropolitan Police are investigating an anti-Muslim incident on a bus following an unprovoked racist attack on a Muslim family by a man and woman.

It took place on the afternoon of January 27 as the family boarded the 214 bus in central London.

The woman, who wears the hijab, was with her father and her young child when the verbal abuse began which included the false accusation of spitting at the couple, the male perpetrator then made violent threats against her.

As her father, who is in his 60s, stood up, the male punched him, causing his glasses to fall from his face, and leaving a graze on his cheek.

When his daughter intervened, the male perpetrator assaulted her, aiming a punch at her and leaving scratch marks on her arm.

Speaking to Tell MAMA in confidence, the woman described how she felt her hijab tighten during the attack, noting how the female perpetrator was attempting to tear it off.

The female perpetrator would then try, on two more occasions, to tear off her hijab, but failed. It did, however, cause damage to the fabric.

When the woman asked for other passengers to call the police, the perpetrators exited the bus in the Camden area, but not before the woman shouted ‘Go back to your f****** country’, nor did the bus driver intervene during the attack.

She described the perpetrators as being white and in their 30s.

The previous Tell MAMA report found that more than one in ten incidents took place on transport networks.