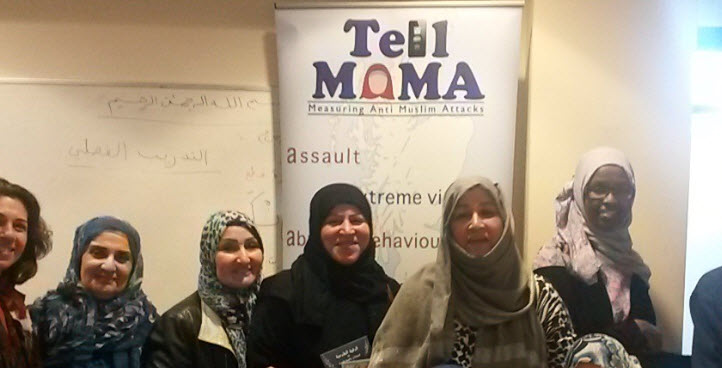 The Tell MAMA project will hold a free event on October 15 to discuss how communities and police forces can respond to anti-Muslim hate crimes.

This discussion coincides with National Hate Crime Week, which runs between October 10 and 17.

So why do we need this awareness week? Many British Muslims consider anti-Muslim abuse too trivial to report to police. Since 2007, the reporting of hate crimes (across all strands) dropped by 11 per cent.

Hate crime victims also experience more complex psychological issues than victims of non-biased crimes. Secondary victimisation can increase isolation when a person perceives that the police or other professional bodies undermine the seriousness of hate crimes.

The event on October 15 seeks to challenge the chronic education gap about what defines and separates a hate crime from a hate incident.

In recent weeks, Islamophobic hate crimes have made headlines nationwide. Figures for the 12 months up to July found a 70.7 per cent increase. Met Police recorded 816 Islamophobic crimes, compared with 478 for the previous 12-month period.

Islamophobic hate crimes are still on the rise in London. Rolling data for the 12 months up to August saw a 63.9 per cent rise. That translates to 818 Islamophobic crimes, compared to 499 for previous 12-month period.

Islamophobic hate crimes (like other forms of hate) are here to stay. Nor are they decreasing in London. It also remains a national problem.

The independence from government and the police creates a unique space for the Tell MAMA project to assist those who experience anti-Muslim hate in a confidential manner and help buck this trend.

Through dialogue and education, we can help British Muslims learn about their rights, what services can assist, and how it remains important to report in hate.

Register for our free event on October 15 using this link.