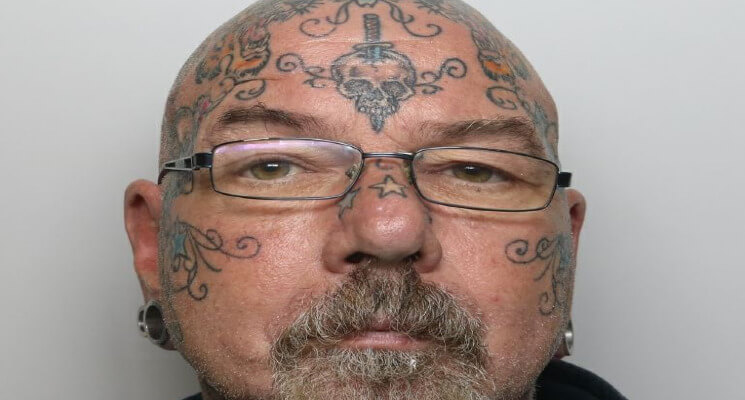 David Holmes, a 63-year-old neo-Nazi, has been jailed after placing racist and neo-Nazi stickers on lampposts and bus stops across Derbyshire.

Examples of the stickers included “Muslim scum out” and “Hitler was right” and one of which was found by a headteacher outside of their school.

Derbyshire Police was able to identify Holmes due to a fingerprint he left on one of the stickers which matched a police file held on him.

Following his arrest, police uncovered Neo-Nazi paraphernalia, as well as letters from a far-right group which praised his racist campaign.

David Holmes admitted his actions and when out on bail, placed the so-called “battle flag” of the Confederacy and a Ku Klux Klan figurine in his window, before leaving homemade bottles of wine with racist messages attached for his neighbours, which read “black lives don’t matter,”  “save my race,” and praised  Nikolaus “Klaus” Barbie, who was the chief of the Gestapo in Lyon, France during World War II.

He went on to threaten one of his neighbours, believing they had reported him to the police.

Before jailing him for 12-months, Recorder Stuart Sprawson said: “You have deeply-held entrenched views about other people of different ethnicity to you.

“One of the people to complain was the headteacher of a primary school concerned about the impact this would have on the pupils and totally against the views being taught there.”

Graham Prince, head of Derbyshire Special Branch, said: “The actions of David Holmes last year have absolutely no place in Derbyshire and we welcome the sentence that the court has handed down.

“Our county is a diverse one that is strengthened by people of all nationalities, genders, religions and beliefs. His actions were designed to try and sow division but it is clear his views are not held by our communities.”

Holmes was also given a two-year restraining order not to contact his neighbour and a two-year criminal behaviour order which stipulates that he must not place stickers on any items which would be visible to other people.