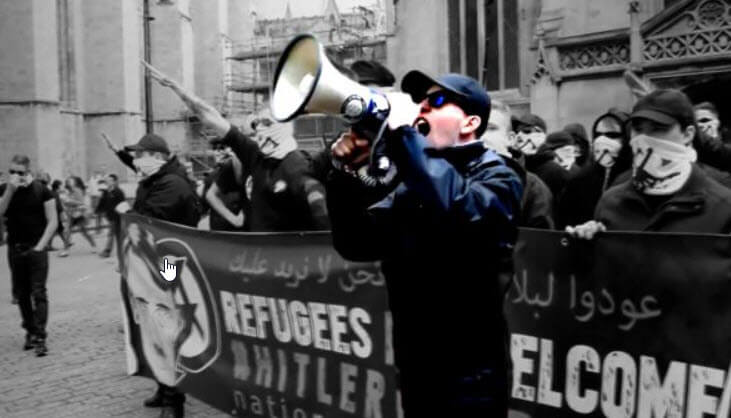 Jack Renshaw, 23, bought a machete, carried out research online and revealed his plan at a meeting in a Warrington pub in July 2017.

He wanted to kill Ms Cooper for National Action and “white Jihad” while taking revenge on Lancashire Police, who he believed was persecuting him, jurors were told.

The plot was foiled by a whistle-blower who reported the danger to Hope Not Hate, an organisation set up to combat right-wing political racism, the Old Bailey heard.

Renshaw of Skelmersdale, Lancashire, has admitted preparing an act of terrorism but has denied being a member of National Action after it was banned in December 2016.

He is on trial at the Old Bailey alongside Andrew Clarke, 34, and Michal Trubini, 36, from Warrington, who also deny membership of the proscribed organisation.

Opening their trial, Duncan Atkinson QC told jurors: “It is important to recognise from the outset that these defendants are not being prosecuted for their racist or neo-Nazi beliefs, however repulsive they may be, but for their participation in a banned organisation that sought actively through fear, intimidation and the threat of violence rather than through free speech and democracy to shape society in accordance with those racist and neo-Nazi beliefs.”

An important part of the evidence concerned the plan devised by Renshaw to engage in “politically motivated violence of the most serious kind”, he said.

Mr Atkinson said: “It is clear from the attack that he planned and the target that he chose that this was to be politically motivated violence and a putting into deadly practice of the objectives and beliefs of National Action.

“There is no dispute that Renshaw was planning to do this, he has pleaded guilty to preparing for an act of terrorism, for politically motivated murder.”

Convicted National Action leader Christopher Lythgoe, 32, and his close associate Matthew Hankinson, 24, were present at the Friar Penketh pub along with the defendant Clarke when Renshaw outlined his plan, yet none of them tried to talk him out of it, he said.

The other defendant, Trubini, had been at the pub beforehand but left before Renshaw arrived, the court heard.

Mr Atkinson told jurors how National Action had been engaged in a “campaign of virulently racist, anti-Semitic and homophobic propaganda” aimed at starting a “race war” since 2013.

It actively sought to recruit and radicalise young people through violent imagery and hate-filled language on social media and in provocative demonstrations, he said.

It was banned over its support for the murder of Batley MP Jo Cox in June 2016.

But Mr Atkinson said the defendants continued as active members after proscription in December 2016 and their arrest in September 2017.

The evidence against them included material found at their homes and on their computers and mobile phones and communication between them.

Before the ban, the defendants would regularly meet at the Friar Penketh pub and train for their “race war” at a gym, jurors heard.

As the ban approached in December 2016, Lythgoe sent an email saying:

“We are just shedding one skin for another”, the court was told.