No, a Montreal mosque did not ban female construction workers 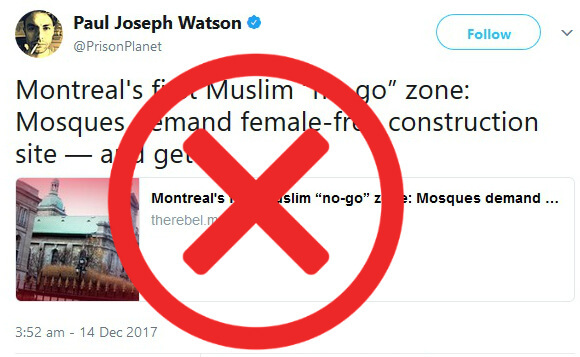 A Montreal mosque is demanding an apology after a local television report suggested that it had banned women from a nearby construction site.

On December 12, the French-language TVA Nouvelles published a report alleging that mosque administrators wanted females removed from a construction site near two mosques during Friday prayers.

A detailed investigation from the Quebec Construction Commission, however, found no such evidence of this claim.

Dominique Vien, Quebec’s labour minister confirmed that no such request was made.

Diane Lemieux, who heads the construction commission, told a press conference that “It’s very clear the mosque never made this kind of request.”

Serge Boileau, director of the Commission des services électriques de Montréal, stated that his company had received no such request from the mosque. Per the agreement signed, construction work on Friday is minimised to avoid noise which Boileau accepted was an ‘understandable’ request, according to the Montreal Gazette.

The original TVA Nouvelles report has not yet corrected its initial report despite BuzzFeed News approaching it for comment.

But the damage is done. And the consequences of this falsehood is felt by many local Muslims. Shahad Salman, who attends the Ahl-Ill Bait Mosque, told CBC News that news story was ‘beyond harmful.’

Death threats and threats to burn down the building were sent to the mosque following the TVA Nouvelles story, according to a legal representative of the mosque, adding that the mosque has not ruled out legal action, in a statement to BuzzFeed News.

This media falsehood energised sections of the Canadian far-right who arranged then cancelled a planned protest.

Rebel Media twisted the story into an example of Muslim ‘no-go’ zones. And this distortion of events was then shared by Paul Joseph Watson of the conspiracy website InfoWars, gaining over two-thousand retweets. 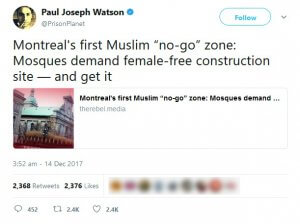