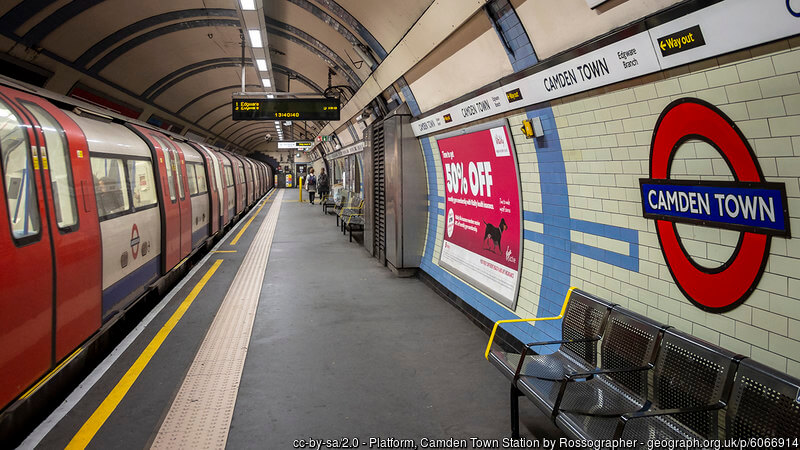 A non-Muslim man was confronted and abused, called a ‘Muslim c*nt’ by a fellow passenger who wrongly accused him of staring at him and a woman on a crowded Northern Line train.

The man, who wishes to remain anonymous, left his seat when confronted by the man, he described as being white and in his forties and said, “I’m not Muslim, I don’t know what you’re talking about,” but the accusations continued.

Despite being told he was not Muslim, the perpetrator continued: ‘I don’t care, you f**king Muslim c**t”.

The woman in question would then support the man by confirming that she had not been stared at by him. And, it was during this particular exchange, that another member of the public intervened.

Upon learning that this individual was Irish, the perpetrator referred to them as the IRA.

The perpetrator would then exit the train at Camden Town.

Speaking to Tell MAMA, the man referred to the passenger who supported him as ‘his hero’ and was thankful for creating a barrier between himself and the perpetrator.

The British Transport Police are investigating the Islamophobic hate crime.

Tell MAMA has long championed the role of the upstander, and individuals who assist when racist abuse or hate crimes occur, when safe to do so.

Gestures of support can include speaking with those affected when the perpetrator leaves, standing with them and offering reassurance, to contacting the police on their behalf.

Other practical tips include noting down details of the incident time, location (e.g. the train carriage number, or the carriage was in the middle, front, or back), any identifiable features of the perpetrator(s), and sharing any photos or videos of the incident if confident to do so to assist with any investigation.