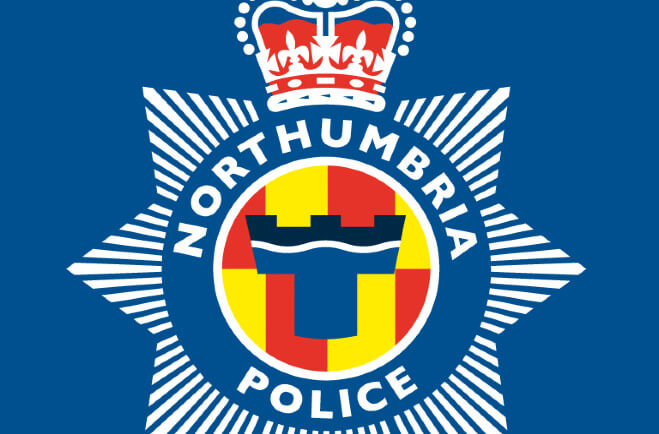 Northumbria Police are investigating two menacing anti-Muslim and Islamophobic letters sent to a Muslim woman, one of the letters included the ominous statement, “we will watch you burn alive”.

Copies of the letters seen by Tell MAMA contain further examples of racist language, like “go back to where you come from” and “go back”.

One letter contains the anti-Muslim and misogynistic phrase “f****** Muslim c***” and insists that “you’re not welcome in our community”.

An extract of one of the letters

Speaking to Tell MAMA, the woman who wishes to maintain anonymity described her concern that those responsible may have links to a previous employer, adding that she faced harassment and gaslighting about the successes in her role before leaving.

Officers have taken steps to safeguard the woman, including increasing patrols in the local area.

As protocol, we advise members of the public and Islamic institutions when dealing with racist and harmful materials sent in the post to: 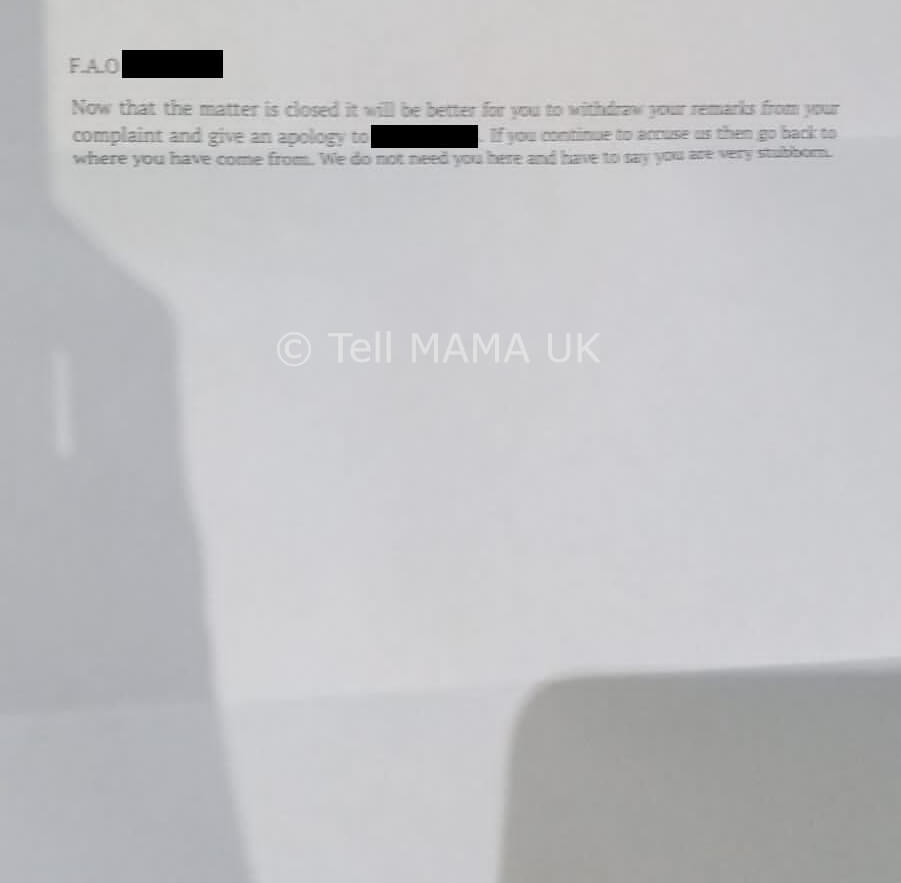 A copy of a second letter sent to the Muslim woman.

We will continue to provide further updates as the investigation progresses.

To protect the integrity of the investigation and the identity of those impacted, we are not disclosing further details at this time.