On Muslim-Jewish solidarity in the age of Trump 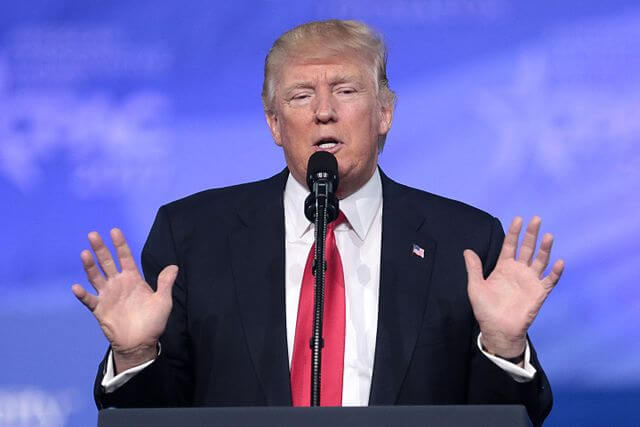 Threats against Muslims and Jews in the United States gnaw at the very foundations of safety individuals and communities feel. If there was ever a temptation to remain perpetually fearful and withdrawn, many Jews and Muslims have not.

This refusal has instead manifested into outward expressions of mutual support, solidarity, and good deeds. All of which offer an important narrative in the age of Trump. And for the years ahead.

Perhaps the most notable example of the above concerns the desecration of a Jewish cemetery in St. Louis last month. It created an outpouring of donations from Muslims and others across the United States. Two Muslim activists, Linda Sarsour and Tarek El-Messidi, asked that Muslim Americans donate $20,000 to repair the hundreds of toppled Jewish headstones. It took three hours to reach that goal.

Both activists remain confident that the sizeable donations will cover the costs. Additional funds will help Jewish centres improve their security and repair any additional vandalism.

Two-thirds of donations came from Muslims, according to the New York Times. Celebrities also tweeted their support of the fundraiser as the story made headlines across major media outlets.

For El-Messidi, however, it’s vital that Muslims contribute to the campaign. He told the New York Times: “I hope our Muslim community, just as we did last week with St. Louis, will continue to stand with our Jewish cousins to fight this type of hatred and bigotry”.

This kindness has created its own momentum.

Donna Penn, from Boston, responded to the fundraiser by writing: “Beautiful. I am so moved–as a Jew, as an American, as a human. Please know, we’ve got your backs too. In solidarity.”

The toppling of gravestones at Jewish cemetery in Brooklyn, New York created fresh anxieties. Police, however, concluded that maintenance and environmental issues were to blame.

In a tweet, the ex-Marine, Tayyib Rashid, pledged: “If your synagogue or Jewish cemetery needs someone to stand guard, count me in. Islam requires it.”

In Florida, the Muslim Student Associations of Florida State and Florida A&M universities sent bouquets of flowers to Jewish organisations on campus and local synagogues. The note attached extended the hand of friendship, adding: “In times of great division, it is important that we stand together in unity so we hope that these flowers can be seen as a symbol of our solidarity.” Rabbi Jack Romberg added that congregants got ‘a little teary’.

All of the hoax threats, however, are causing real fears and anxieties. In JCCs in Florida and New York, concerned parents have removed their children, fearing for their safety.

Others remain vigilant, refusing to change routine. The centres, after all, serve all communities, regardless of faith.

In Alabama, for example, 67 per cent of people who attend the Levite Jewish Community Center are non-Jewish. Like many other JCCs across America, their main function is to bring communities together, sometimes through arts or sports.

A Missouri man named Juan Thompson has been charged in connection with several bomb threats made against JCCs and the office of the Anti-Defamation League (ADL).

Mr Thompson allegedly made eight hoax bomb threats as part of a campaign of harassment against an ex-girlfriend. In some cases, he is alleged to have used her name when making threats. In other examples, the threats were allegedly made in his own name in the hope of implicating his ex-girlfriend.

Law enforcement officials believe that the origin of the many of threats, however, come from abroad, according to CNN.

The ADL and other Jewish organisations met with the FBI’s leadership to discuss the recent rise in antisemitism and the collaboration between law enforcement and Jewish institutions.

Hate crime data from the New York Police Department also show a sharp rise in antisemitic hate crimes in 2017 when compared to the previous year.

The ADL continues to call on Donald Trump to take decisive action, including the creation of a federal task force to combat hate crimes. It should be added that the ADL’s director promised to register as a Muslim if Trump introduces a ‘Muslim registry’.

In the state of Indiana, staff at the Adath B’Nai Israel Temple discovered a bullet hole in a classroom window. According to Rabbi Gary Mazo believes the shooter fired their weapon from the playground.

The interfaith response to this recent rise in antisemitism includes hundreds attending a solidarity rally at the Rhode Island Holocaust Memorial on March 5.

Imam Mufti Ikram, of the Rhode Island Council for Muslim Advancement, said in his opening prayer: “We are here to stand shoulder to shoulder with our Jewish brothers and sisters”.

Around 150 people attended an interfaith solidarity event at the Trinity Evangelical Lutheran Church.

For American Muslims, the attacks and threats also extend to their places of worship.

On February 28, two mosques in Maryland received threatening notes that read: “I will pay $100 to charity for every Muslim slaughtered”. Police confirmed that the envelopes containing the threats had stamps from Europe. The same threatening ‘Muslim Slayer’ note was sent to a mosque in New York.

This raises a worrying question: are European extremists also sending threats to mosques and JCCs across America?

Now, this point does not seek to diminish the growing problem of domestic extremism in the United States. It does, however, reflects how Donald Trump has emboldened white nationalists and white supremacists abroad.

In Victoria, Texas, a mosque which had served the community since 2000 was burnt down on January 28. The only synagogue in the area gave Muslims a key to the building so they would have a space to pray. A crowdfunding effort raised more than $900,000 to repair the damage.

A fire at the Daarus Salaam Mosque in Florida broke out on February 24. Some donations to cover repair costs came in multiples of $18 – $36, $72, $90 and more. Eighteen is a significant number in Judaism as it’s the numerical value of the Hebrew word “chai” which means life, according to Chabad. When giving charity, the number symbolically blesses the recipient with a long life.

Three of the four mosque fires have been ruled as arson, one investigation into the cause of the fire remains open, according to BuzzFeed News.

Other examples of hateful vandalism, have included rashers of bacon placed on mosque door handles in California.

Nor should we discount the exponential growth of anti-Muslim hate groups across the United States in 2016.

A new executive order threatens to create a fresh ‘Muslim ban’. Under the previous executive order, the photo of Meryem Yildirim, 7, sitting on the shoulders of her father, and Adin Bendat-Appell, 9, sitting on the shoulders of his father, Rabbi Jordan Bendat-Apell, went viral after a Chicago Tribune photographer captured the moment during an anti-Trump protest at O’Hare International Airport on January 29.

The degrees of perception of Muslim identity has violent, and sometimes sadly, tragic consequences for non-Muslims. In a post-9/11 climate, anti-Muslim hatred has and continues to wrongly target Sikhs. A Sikh man was confronted in his driveway by a man who told him to “go back to your country” and shoot him in the arm. The victim is expected to make a full recovery.