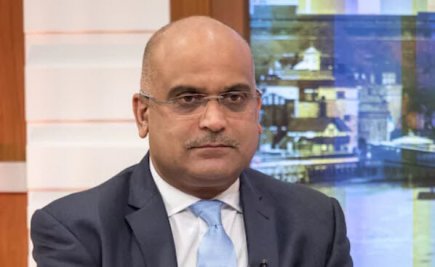 Commander (Rtd) Mak Chishty QPM SI Mak Chishty, a former Commander at Scotland Yard, Metropolitan Police Service, London, retired in June 2017 with over 31 years committed service. He was the highest-ranking police officer of Muslim faith in the UK until his retirement.

In 2009 Mak was awarded The Queen’s Police Medal (QPM) in 2009 for Distinguished Service to Policing. Then in 2011 he passed the UK’s Police’s National Assessment Centre (PNAC) and Senior Command Course (SCC), qualifying him to lead police forces across the country at the executive level. He held a number of national policing portfolios, providing leadership responsibility and direction to 128, 000 police officers.

Commander (r ) Chishty is an experienced specialist in both areas of Crime Investigations and Community Policing having led both disciplines at the highest level in the U.K.

As a highly experienced, qualified and respected investigator he has held high profile roles including Director of Crime, Head of Major and Serious Crime; specialist operations and surveillance. During his service he was also the Head of Profession for Intelligence and Forensic Science. As a senior Detective Officer he was accountable for leading a number of serious and high profile crime investigations; bringing very dangerous offenders to justice.

In addition, to these areas Mak also has extensive strategic and operational expertise in relation to protective security, counter terrorism, counter extremism and public order operations.

His experience as a top UK Detective and Executive Officer remains sought after by many nation states across 5 continents.

As an Executive Officer Mak was appointed a Commander at Scotland Yard where he was assigned command responsibility for the North and West London areas leading circa 6000 officers. It was in this role that he was entrusted to lead Scotland Yard’s response to the riots, which gripped the UK’s Capital in August 2011. He was noted for his skill and experience in working with communities to rebuild trust and confidence.

Commander (r) Chishty is a leading light in community policing, engagement and community and race relations across U.K. policing and lectures on the annual Strategic Command Course for Chief Police Officers.

In 2014, he was appointed by the Commissioner of Police (the UK’s most senior Police Officer) to lead on community relations, working at the intersection of counter-terrorism, counter-extremism, security and public order operations across London.

In this capacity he spent years at the heart of London’s communities, developed the UK’s national responses and worked at the highest levels of HM Government, worked at the highest levels of Law Enforcement and worked across government departments and with faith and community leaders. He is recognised as one the leading specialists on community policing, his wide experience of having worked across many continents including Europe, African and Asia.

As an example he has worked extensively in Pakistan advising Chief Police Officers on policing structures, policing models including community policing, policing by consent and incident response, crime investigations and intelligence and governance with the rule of law and operational independence. His success comes from being able to understand local context and history of people and communities and apply practice in a way that local conditions require and recognise. This was crucial to the success of a multi million pound Command and Control Centre in Lahore, Pakistan being implemented. He has a unique appreciation for community cultures and traditions having worked closely with many diverse communities across the world.

Given his expertise and success in commanding and leading security operations, protective security and major incidents he directed the national community responses to terrorist attacks across Europe and the policing responses in the UK following the terrorist atrocities at Westminster and London Bridge, working in partnership with the operational and investigative branches. He was commended for his work by the UK’s CT Policing Lead.

In March 2018 Commander (r) Chishty was awarded the national honour of Sitar-I-Imitiaz for security and protection for Pakistan and Global Peace by the President of Pakistan. 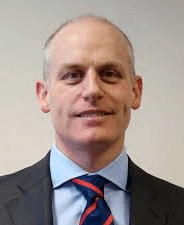 Gerry is a former Scotland Yard Detective Chief Superintendent having retired from policing after a 30 years distinguished career in policing. He is currently a senior consultant to a London Local Authority and an Associate Lecturer.

He held a number of high profile positions, where he operated at local, regional and national strategic levels working across HM Government, statutory Community Safety Partners, Judiciary and Criminal & Civil Justice legal professionals. He is a very capable and experienced senior leader.

Gerry led Scotland Yard’s Violent Crime Directorate where he was accountable for Public Protection matters. He was Scotland Yard’s lead investigative advisor on sensitive and high risk cases including Public Protection matters, Hate crime offending and was also the lead advisor for Critical Incidents / Crisis Management and response. Gerry is experienced in the field of inspection, audit and compliance and risk management.

Gerry is a published author and associate lecturer in Criminology and Psychology. He has and continues to work with regional, national and international; Governments, law enforcement agencies and NGO professionals.