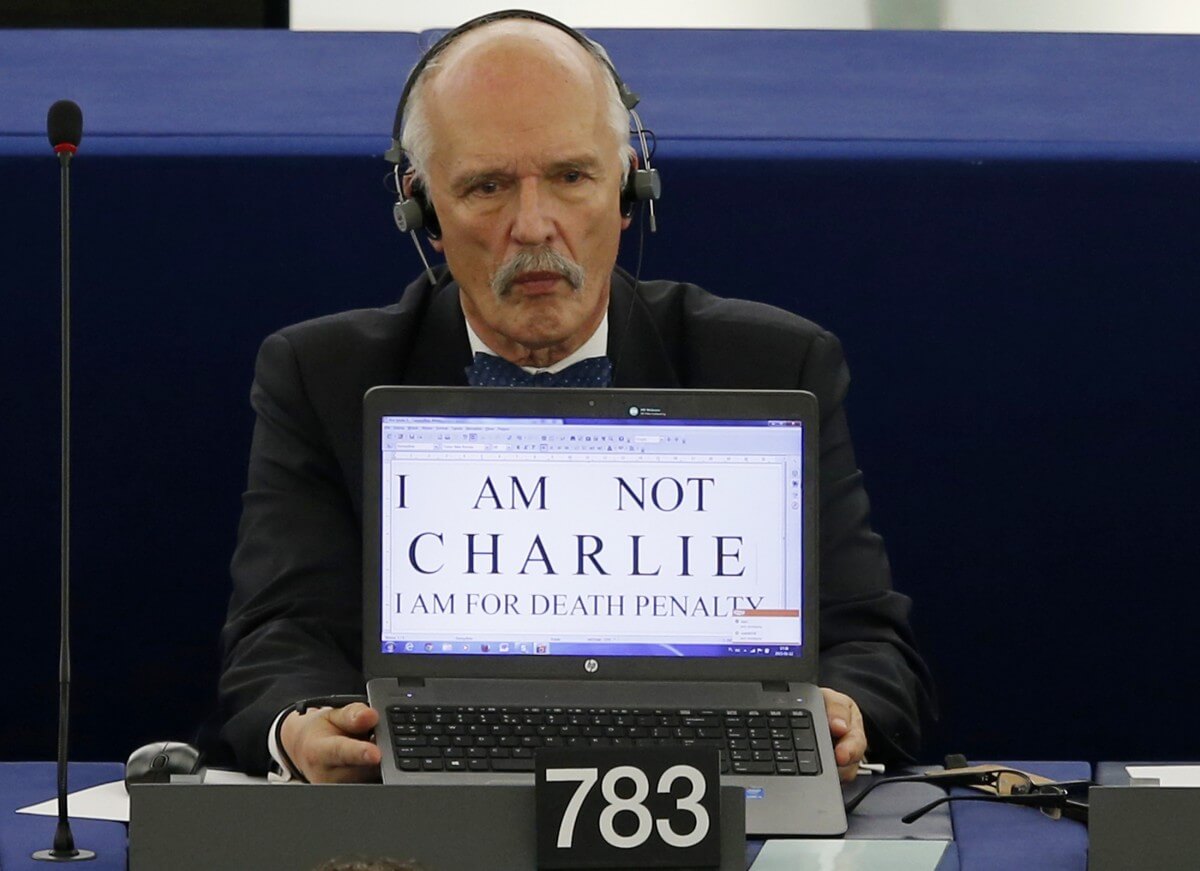 We have been notified of multiple e-mails emanating from accounts supposedly sent by Polish individuals which have been passed onto UK Parliamentarians in support of the release of far-right activist and agent provocateur, Stephen Yaxley Lennon, (Tommy Robinson).

The e-mails suggest that ‘political correctness’ is behind the arrest and incarceration of Robinson, which demonstrates the factually inaccurate nature of the propaganda that is being posted. Robinson was in breach of reporting restrictions on an ongoing trial and was previously warned of his activities by a judge. Something that he disregarded and flouted, leading to his incarceration.

The e-mail also twists historical fact and suggests that Poles fought for ‘free speech’ and cites the left leaning Solidarnosc movement, which was trade union led and then supported by the Catholic Church during the 1980’s. The Solidarnosc movement was led by factory workers, many of whom would have no idea or no empathy for divisive racist movements and the twist of history to suit far right narratives and sympathisers, shows how defunct and ‘fake news’ such material is.

We have identified the people associated with Januzs Korwin-Mikke’s ‘Wolnosc’ (Liberty) Party. Faith Matters have previously highlighted comments from Korwin-Mikke before where he has stated:

“The world is collapsing. 150 years ago, we white people, ruled the world. Today, we are being colonised…….We colonised Africa, it wasn’t the Negroes who colonised Europe. It’s something to be proud of. I am proud of my civilisation”

He has also stated that:

“I have no doubts that your daughters and grand-daughters will end up in harems. Muslims despise us, we are doormats to them. Why? Because in modern Europe, life is the highest value. I don’t understand it. To be honest, Muslim civilisation is closer to me than the European Union which is just savage. When the Muslims come, at least they will abolish the VAT tax. They might chop some heads off, but at least they won’t allow any gay parades”.

The You Tube clip in the e-mails that were circulated to Parliamentarians highlight right-wing ‘You Tuber’ Dariusz Matecki, who is closely linked to Korwin-Mikke’s Party. He is one of their chief propagandists.

Faith Matters has made repeat calls for the Home Office to bar entry to people like Korwin-Mikke, yet he has managed to enter the United Kingdom and speak at the annual meeting of his UK branch. Korwin-Mikke also spoke at a far-right ‘free speech’ rally in London on May 27th alongside Anne-Marie Waters, (ex-UKIP), and now with the ‘For Britain’ party.

We have found that Matecki confirms that he is the initiator of a campaign to send messages to UK politicians supporting Robinson and demanding his release.

Matecki also recently published an interview about Robinson with the leader of ‘Liberty’ in the United Kingdom, one Jakub Grygowski, who is based in London. Within this interview, Matecki confirms once again, that he is the initiator of this campaign to send e-mails requesting the ‘release’ of Robinson to UK Parliamentarians.

The interview carries with it, the usual twisted and perverse rhetoric of ‘Muslims only coming to the UK for benefits’, claims that British children cannot wear crosses since they ‘offend’ British Muslims and British people tolerating the ‘deviation’ of LGBT equality rights because of “years of brainwashing”. This is the nature of such groups agitating to cause divisions in our country.

Grygowski is also found to suggest in the video that ‘Muslim areas’ in London are extremely dangerous and that if he was an ‘attractive young woman’ he would be scared to enter them. He carries onto say that ‘unattractive women’ should also stay away from these areas since Muslims “are into anything, even fancying goats”.

Furthermore, to add a twist to reality, Grygowski said in the interview that there is a ‘Muslim takeover’ of United Kingdom and he claimed that Luton is 60-70% Muslim when at the last census it was 24.6%.

Our advice to parliamentarians is to report these e-mails to the police since they make up a sustained campaign, emanating from a far-right Polish group with a small number of activists in the UK. Nonetheless, from the background we have provided, it is clear that the individuals behind the activities are not only deeply unpleasant, they hold extreme views about Muslims, LGBT communities, women and black communities.

For further information on such groups, we would suggest that you follow the work of Faith Matters.