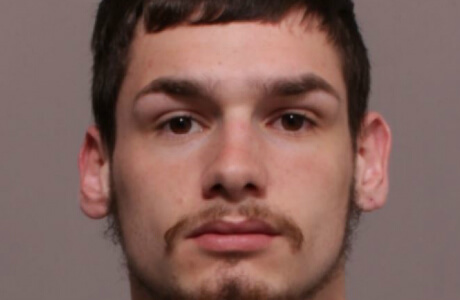 A 21-year-old man has been found guilty of a hate crime attack on a Muslim mother-of-nine in Leicester last September.

Zaynab Hussein, 47, was returning home after dropping two of her children from school when the unprovoked attack happened at around 8:30 am on September 20, 2017.

She suffered life-changing injuries and remains bed-bound after spending three months in the hospital. The racist and anti-Muslim nature of the attack on Mrs Hussein has left her with life-changing injuries. It has had a deep impact on her family, who have been supported by our service, which has included a letter of support for the courts.

We will continue to offer our support to the Hussein family and aim to work with Leicestershire Police to improve their understanding of anti-Muslim hatred and ensure that individuals and families get the support they need when they experience anti-Muslim hate crime.

Moore targeted Mrs Hussein because she was a Somali Muslim woman who wears the hijab.

The racist and anti-Muslim nature of the attack on Mrs Hussein has left her with life-changing injuries. It has had a deep impact on her family, with the family supported by our service, which has included a letter of support for the courts.

He exercised his right to not give evidence to the police or courts, so we are reliant on the evidence given by others, which includes his half-brother Lewis Welsh. Mr Welsh told the court that Moore had used the racial slur ‘P*ki’ when describing his actions, alluding to the 7/7 terror attack, and his ‘pride’ in doing his country a ‘favour’.

Another witness, who was a passenger when Moore struck Mrs Hussein, detailed how the group had been driving around Leicester for hours before the attack, adding that Moore was driving erratically and had expressed that he wanted to know what it would feel like to run someone over, on several occasions.

The prosecution outlined how the group fled the car after the first collision, but others remarked how Moore was laughing. He was alone in the vehicle when ran over Mrs Hussein again.

Paul Moore also attempted to run over a 12-year-old Somali girl in the same white Volkswagen.

Leicestershire Police was able to identify and arrest Moore within 3 hours of the first emergency call, according to a statement.

Detective Chief Inspector Rob Widdowson said: “These incidents caused understandable concern and anxiety among the local community, particularly as we believe this was an act of hate.

“The force takes any incident of hate crime incredibly seriously and a significant number of resources were involved in the investigation and subsequent conviction of this individual who does not reflect the people who live in our diverse and cohesive communities here in Leicester.”

The pride he felt in attacking Mrs Hussein indicates that Mr Moore likely possesses a deeper ideological hatred which racialises and frames Muslims as a violent threat. It is, therefore, not enough to frame this as a response to terrorism but how some with the ideological determination will use such events as a pretext for violence.

The case also highlights if such an attack had a terroristic element, given his apparent ideological views, but we will never know, as Mr Moore exercised his right to not give evidence in court or to the police.