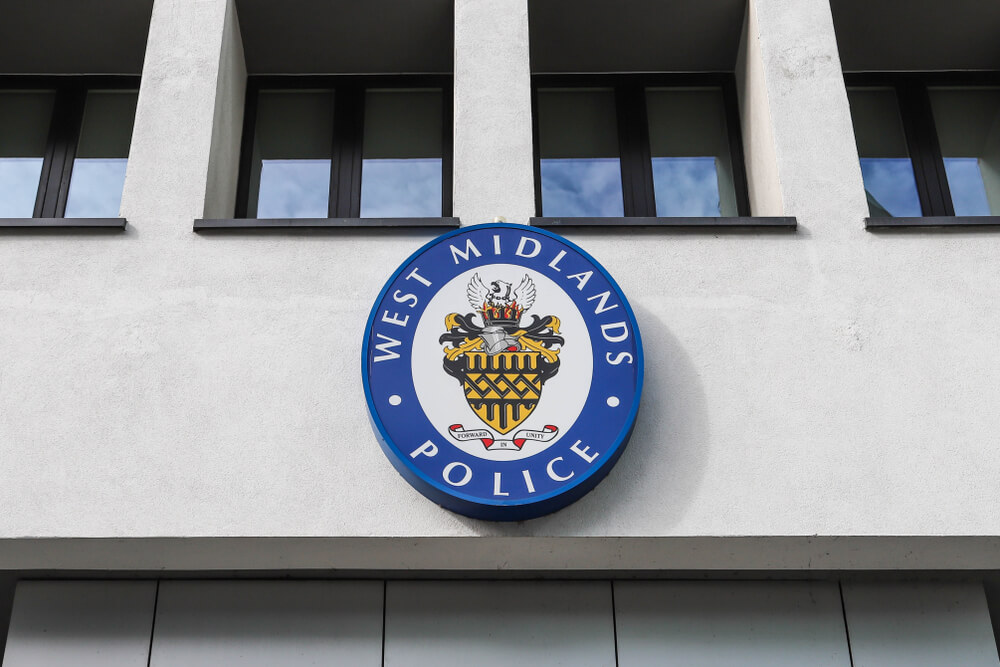 A member of the public contacted us after finding one such sticker near Birmingham Central Mosque before safely removing it.

To not give the neo-Nazi(s) responsible additional propaganda, we are declining to reveal the entire contents of the sticker as the investigation remains ongoing.

But we will, however, state the racist language of the text does indeed push dangerous conspiracies about demographic change and that Islam will “dominate”. Three days ago, a different racist sticker surfaced on Telegram, including the line “national white minority by 2050”, appearing in an undisclosed area of Birmingham.

Our investigation of the social media accounts suggests that those responsible have also targeted areas like Digbeth in recent weeks.

We have, on several occasions, flagged content on Instagram under its Hate Speech guidelines, but so far, the platform has not acted.

Anyone can report graffiti in public areas on bins, benches, and public buildings to their local council, as with flyposting, which stickers constitute. For Birmingham City Council, it states that “If the fly-posting is racist or offensive, we will usually remove it within 1 working day”, – but that may vary based on the local authority in question.

Councils, however, will not remove graffiti or flyposting on private land or property – including cabinets owned by Virgin Media or BT (which means contacting the companies directly).

If you encounter such racist materials, take a photo and inform the police on 101 or online via TrueVision. Tell MAMA welcomes such reports and can report on your behalf or anonymously.

Remove stickers with a household key or similar object if you feel confident and it is safe to do so.