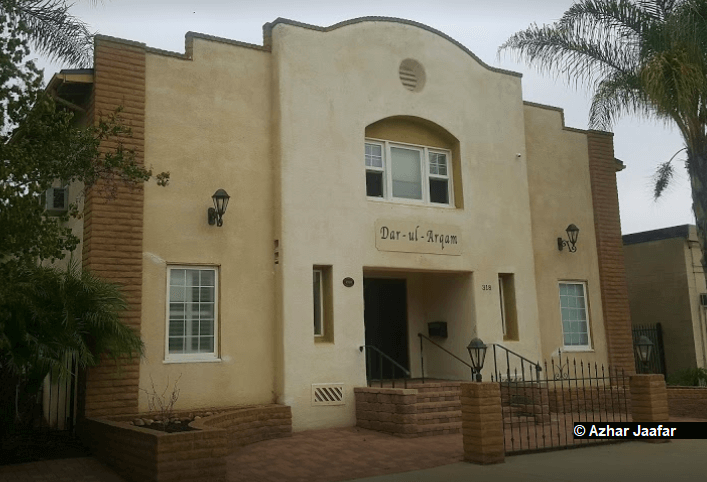 Police named the suspect as John T Earnest and said he entered the synagogue in northern California during Passover celebrations and opened fire with an assault rifle, killing one person and injuring three others, including the rabbi.

An antisemitic and racist manifesto attributed to Mr Earnest was uploaded to 8Chan, a website popular with neo-Nazis and white supremacists before the shootings took place, came a bold claim: that John T Earnest had attempted to burn down a local mosque days after the terroristic mass shootings which left 50 Muslims dead in New Zealand.

Police have confirmed that John T Earnest is a suspect in the attempted arson of a mosque in Escondido, California, on March 25.

CCTV footage from the mosque captured the moment when an individual had poured petrol against a side door and started a fire, which was soon extinguished by worshippers, who were inside the mosque for Fajr (morning) prayers.

Details from the alleged manifesto of John T Earnest reference the mosque arson and take ownership of it – including the praise of Brenton Tarrant, which appeared in the car park. The manifesto states, however, that the message was spray-painted.

The manifesto used the racist epithet “Sandn******” to describe Muslims praying inside of the  Escondido mosque, which furthers how any understanding of Islamophobia and anti-Muslim hatred must factor how racialisation impacts on Muslims. This understanding departs from traditional understandings transcends the “black-white divide” and welds Muslim with a singular racial category, often Asian or Arab, despite the racial diversity of Muslims in the United States (with notable numbers of Muslims identifying as black or Latinx).

Such “othering” works to further the dehumanising idea that Muslims are a cultural menace or securitised threat, which, in turn, helps to pre-empt empathy.

The synagogue shooting came six months after a white supremacist murdered 11 people inside of a synagogue in Pittsburgh. Robert Bowers, the main suspect, faces the prospect of the death penalty if convicted. Bowers’s name appeared in the manifesto attributed to John T Earnest.

Brenton Tarrant, the Christchurch terror suspect, is ‘credited’ with inspiring this latest act of antisemitic violence, which, if true, demonstrates how emboldened white supremacists and white nationalist feel to act upon the violence which underpins their ideologies.

White supremacist attacks on other faith groups remain in the headlines in the United States, as weeks earlier, a 21-year-old man, who once ‘joked’ about white power online, was charged with hate crime offences, following several arson attacks on black churches in Louisiana.