After UK stabbing, ‘You ain’t no Muslim’ strikes a chord 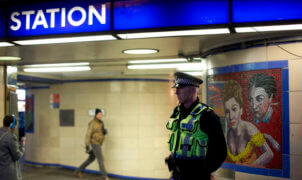 The comment, heard in the background of a bystander’s video following a stabbing at a London Underground station that prosecutors say was a terrorist act, has touched a nerve in Britain and become a trending hashtag on Twitter. Even Prime Minister David Cameron embraced it as a slogan.