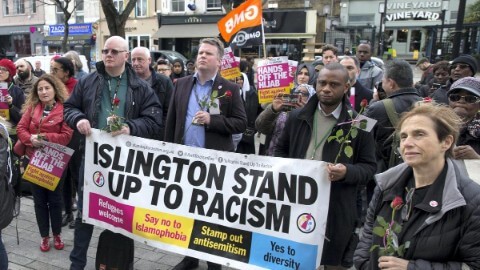 Muslims in the UK faced a spike in violent threats in the run-up to a day dubbed “Punish a Muslim Day” by a British racist in an anonymous letter-writing campaign.