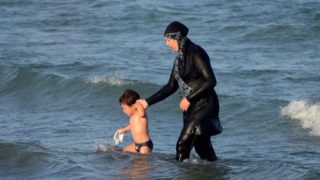 An official in Nice, France, is threatening to sue social media users who share photos and videos of police enforcing a new burkini ban, claiming the photos led to defamation and threats against the officers.