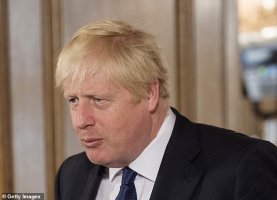 Tell MAMA (Measuring Anti-Muslim Attacks) said there was a 375 per cent increase in the week after Mr Johnson compared women wearing niqab face veils to ‘bank robbers’ and ‘letter boxes’.