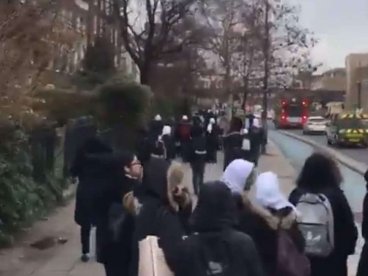 Police are investigating a “disturbing” video that shows a man following Muslim schoolgirls and calling for them to be sterilised.

Footage circulating on social media shows the man filming as he gets off a bus in Bow, east London, while pupils including girls wearing headscarves leave a nearby school.