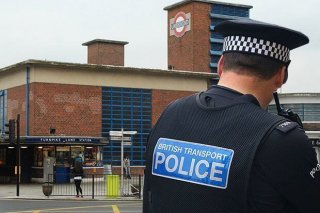 POLICE have swooped to arrest a man after a Muslim woman allegedly had her hijab torn off on a London Underground platform.

British Transport Police (BTP) have made the arrest after the racially aggravated incident was reported on Saturday morning on the Piccadilly Line at Turnpike Lane station.