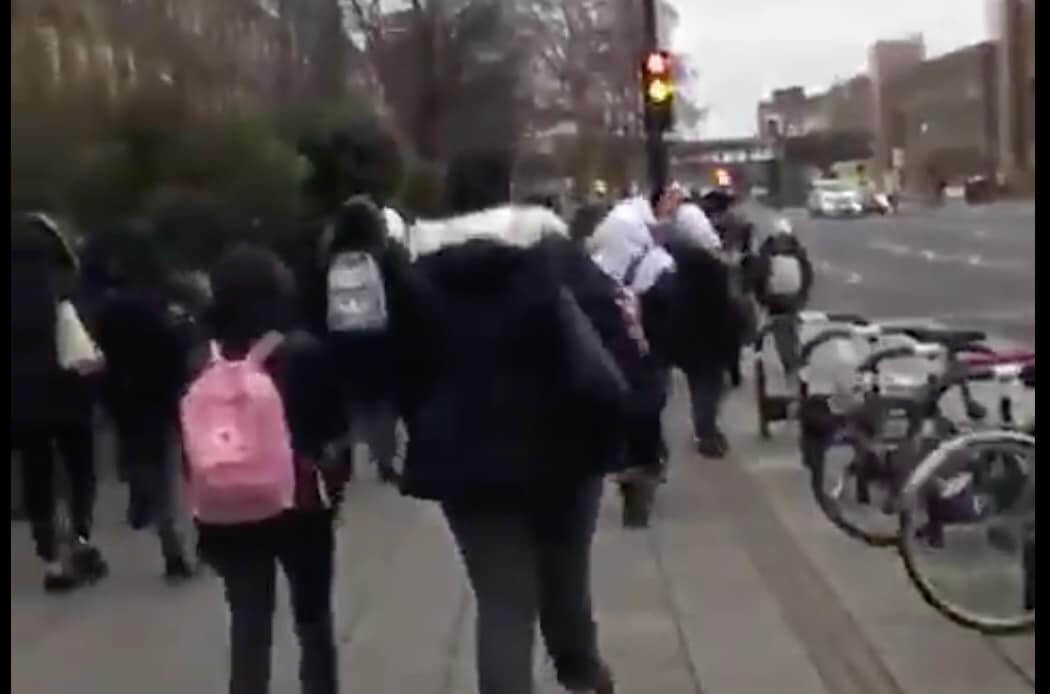 Police have arrested a man after a “disturbing” racist video of young Muslim girls was shared on social media.

The video showed students on their way to school while a male voice is heard in the background making racist and derogatory remarks.