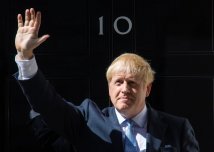 There was a “significant spike” in Islamophobic incidents in the wake of Boris Johnson’s comparison between women in burkas and letterboxes, according to an anti-racism organisation.

Tell MAMA said there was a 375% increase in anti-Muslim incidents from the week before Mr Johnson made the comments to the week after.