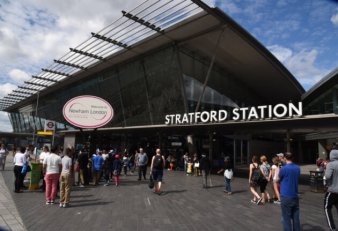 The woman, who wears the niqab and has not been named, expressed her shock at the Stratford station worker’s Islamophobic statement but the TfL employee allegedly added with a smirk: “You can carry them as long as you don’t bomb them up.”