Public raises over £1,300 to fix vandalised windows at Sparkhill mosque 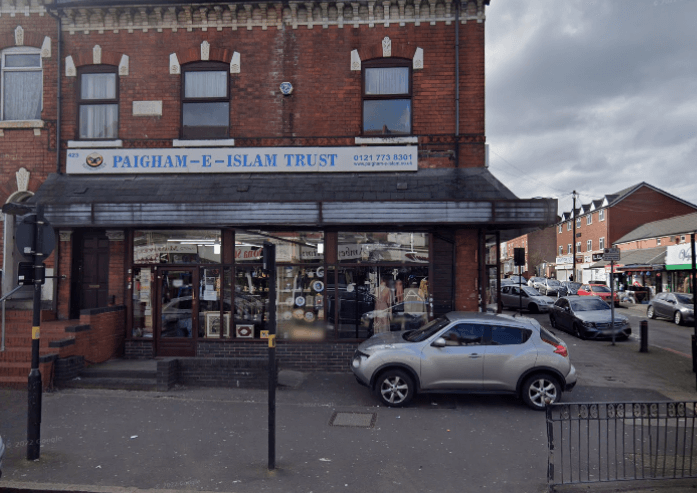 A GoFundMe page raised over £1,300 after a vandal broke three windows at a Sparkhill mosque in Birmingham last Friday morning.

West Midlands Police continue questioning a 40-year-old man, but they added that the motive remains unclear as the investigation continues.

It left worshippers at the Paigham-E-Islam Trust mosque fearful, as Imam Muhammad Sajjad told the Birmingham Mail that this was the first such attack in forty years.

The vandalism occurred at around 6:45 am on November 4 during morning prayers.

Shocking footage of a man attacking the mosque with stones, including being fired from a catapult, appeared online.

Faiq Rehman, who launched the GoFundMe, wrote: It is our duty as a community now to show our support back to the mosque and help pay towards the windows which were smashed by a vandal,” adding that funds donated “will be handed to the mosque in person by myself, Faiq Rehman, and it will be filmed so everyone can see their donations being handed out”.

In a statement, a force spokesperson said: “We’ve arrested a man on suspicion of criminal damage after windows were smashed at several buildings in Sparkhill this morning (November 4).

“The motive behind the attacks is yet to be established, but we’re currently questioning the man in his 40s, who remains in custody and is undergoing a mental health assessment.”

The public can also make donations for repairs through the mosque’s website by selecting the window appeal on a drop-down option for the donation section.

Tell MAMA has tailored security and safety advice for mosques, and during No2h8 November, we, as per protocol, urge mosques to keep such tips in mind.

We continue to liaise with West Midlands Police further and will provide further updates where possible.

UPDATE: West Midlands Police updated Tell MAMA with this statement today (November 17): “We’re aware of misinformation being shared online which claims a ‘Hindutva extremist’ smashed the windows of a mosque on Fulham Road in Sparkhill, Birmingham on Friday.

There is no indication at this time that this incident is a hate crime or a targeted attack.

A church and two local businesses in Sparkhill also had windows smashed on Friday (4 November).

We arrested a man in his 40s on suspicion of criminal damage for all four offences. He was detained under the Mental Health Act and remains in hospital.

We’re continuing to engage with local community leaders for reassurance and carry out extra patrols in the area.”

Following the vandalism of a mosque in the Sparkhill area of Birmingham on Nov 4, Tell MAMA has been liaising closely with West Midlands Police to provide reassurance and updates, who gave us a statement today, adding it is not hate related. pic.twitter.com/Oqq70xm5BL