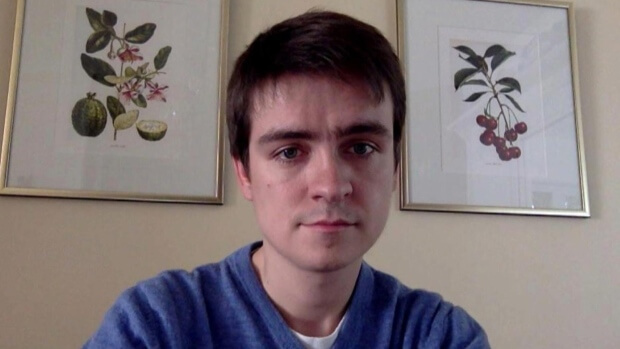 The suspect in the deadly shooting a Quebec City mosque has been charged with six counts of first-degree murder and five counts of attempted murder with a restricted firearm.

Alexandre Bissonnette, 27, a student at Université Lava, made a brief court appearance at the Quebec City courthouse yesterday. He is due back in court on February 21.

Hours after the shooting on January 29, Prime Minister Trudeau condemned the “terrorist attack on Muslims in a centre of worship and refuge”.

Provincial police are treating the incident as a terrorist act.

But why have they not included terrorism-related charges? The answer is simple, and reflects the early nature of the investigation. Crown prosecutor Thomas Jacques confirmed that Bissonnette was charged with the evidence presently available.

A spokeswoman for Canada’s federal police did not rule adding terrorism-related charges at a later date.

Mr Bissonnette remains somewhat of an anomaly. Little is known about his behaviour away from the internet.

A childhood friend of Mr Bissonnette described him as a person “enthralled by a borderline racist nationalist movement“.

Others who monitored Mr Bissonnette’s online activity draw similar conclusions. A user of an online forum said to be popular with the sole suspect, told Le Journal de Quebec that his views were “very right and ultra-nationalist white supremacist“.

Marine Le Pen’s visit to Quebec City in March 2016 inspired Mr Bissonnette to outwardly express extreme nationalist politics, according to those who clashed with him on social media. This, perhaps, explains the varieties of political interests on his now deleted Facebook profile. His ‘likes’ ranged from Canada’s federal NDP and its former leader Jack Layton to an interest in atheism, video games, chess, Richard Dawkins, Girogio Roversi’s The Amorality of Atheism, and Christopher Hitchens.

A clustering of nationalistic ‘likes’ include U.S. President Donald Trump, Marine Le Pen, leader of the French far-right National Front, and Mathieu Bock-Cóté. The latter is a Quebec City columnist known for “his pro-nationalist and anti-multicultural views,” according to the Montreal Gazette. Other nationalist interests included Génération Nationale –  a movement which rejects the ‘ideology of multiculturalism’.

TVA Nouvelles, a provincial French-language news outlet has speculated that Mr Bissonnette may have posted on 4Chan before the attack took place.

This detail, however, is not independently verified. The post in question, made on the day of the shooting, asks: “What day are mosques most active? I’m going to go demonstrate at the main one in my city and I want to go at the right time.” A screenshot of the message timestamps it at 2:44pm. The shootings began at around 8pm local time. Viewing the 4Chan thread with an American VPN presents the same timestamp found in the screenshot. Viewing the page from a UK browser puts the time at 7:45pm.

There’s nothing, however, to suggest that this post is related to the shooting, but the timing of it, may, in the end, prove coincidental.

It’s now up to provincial police to verify this claim.

In a statement, Alexandre Bissonnette’s employer stated: “Héma-Québec was shocked to learn that one of its employees, Mr. Alexandre Bissonnette, was arrested as a suspect in the tragic events that took place at the Centre culturel islamique de Québec on January 29, 2017.”

The names of the dead emerged on Monday afternoon. All the victims were fathers. Azzedine, 57, a grocer, butcher and father of three, helped newcomers settle in Quebec City.

Khaled Belkacemi, 60, a professor of soil and agri-food engineering at Laval University, was described by staff as ‘distinguished, passionate & truly involved‘.

Aboubaker Thabti, 44, worked in a pharmacy and had two young children.

Two friends from Guinea, Mamadou Tanou Barry, 42, and Ibrahima Barry, 39, were among the dead, according to Souleymane Bah, president of the Association of Guineans in Quebec. Mamadou had worked in the IT sector and father to two toddlers under the age of five. Ibrahima worked for Quebec’s Revenue Ministry. His children are 13, seven, three and two.

Abdelkrim Hassane, 41, worked as a programming analyst for the provincial government. He is survived by three daughters, aged 10, eight and 15 months.

A GoFundMe page to support the victims’ families and to help cover funeral expenses raised C$157,526 in one day.

Two the 19 individuals wounded in the shooting remain in critical condition.