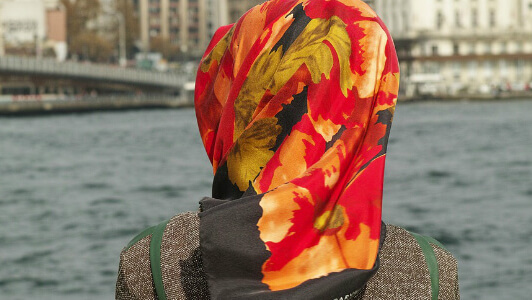 A racist man spat at a Muslim woman and shouted, “you f****** Arabs” in a park in west London.

To protect their identity further, Tell MAMA has declined to disclose the precise location but can confirm that it occurred on February 2.

Speaking with our casework team, the Muslim woman described how the racist attack left her in deep shock as she had never been targeted in such a manner before, adding she had only recently begun to wear the hijab and an abaya.

An Islamophobic hate crime report followed, but she declined to pursue the matter further, fearing that the perpetrator may find out and target them again, as a Metropolitan Police officer offered their reassurance and told her to give them a call if she changes her mind.

She described how the man was stumbling across the park with a can of alcohol in their hand and was of Eastern European origin in his mid-to-late thirties.

Nor is this the only example of a man spitting or coughing at a Muslim woman during the ongoing coronavirus (Covid-19) pandemic reported to our service.

The racist language targeted at the Muslim woman again demonstrating the importance of how racialisation works, as some academics describe the process of “ascribing sets of characteristics viewed as inherent to members of a group because of their physical or cultural traits.” It goes beyond skin tone to include various attributes including cultural traits – be it language, clothing, or religious practices.