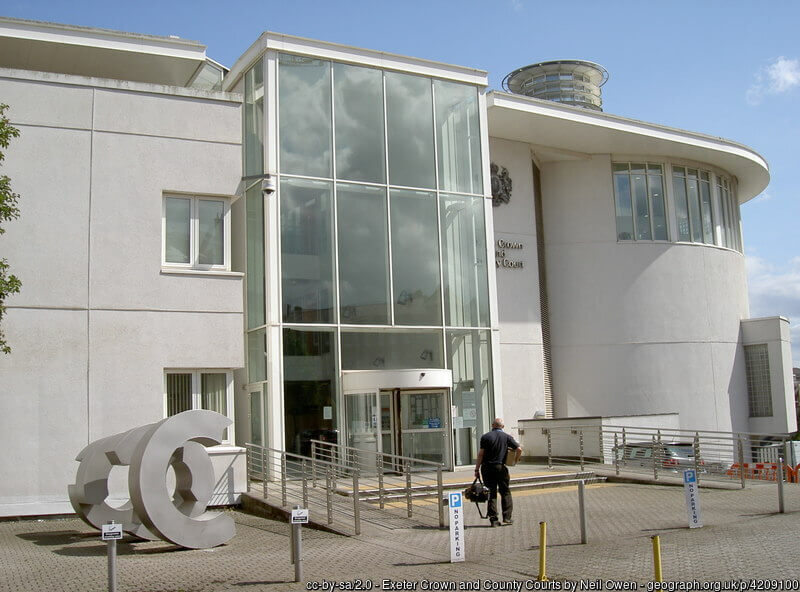 Two racist vigilantes who called a takeaway worker a “Turkish terrorist” before violently attacking them were sentenced at Exeter Crown Court last month.

Louis Mearns, 25, and Brandon Burrows, 26, targeted 32-year-old Naveed Rahimi because he worked at the kebab shop which sat below the room where the horrific murder of Lorraine Cox occurred in September 2020.

Cox’s murderer, Adam Mangori (who is presently serving a life sentence), had nothing to do with the takeaway – he had rented the flat above the business.

Mearns and Burrows ambushed Mr Rahimi at his home on October 2, 2020 – falsely accusing him of being involved in the murder of Lorraine Cox and of being a “Turkish terrorist”.

Brandon Burrows hurled a can of alcohol at Rahimi’s head as a group of men arrived at the property at around 5 pm. After exiting the BMW along with Mearns, Burrows violently assaulted Rahimi with a knuckle duster as he shouted racist abuse, namely, “Turkish terrorist. You chopped up that woman, you were part of it.”

Both men told neighbours that they were “living next to a terrorist”.

Mearns punched Mr Rahimi four or five times and attempted to coerce him down an alleyway by indicating he had a knife in his pocket. He also told Mr Rahimi that he would return to the property to stab him.

After being arrested by officers from Devon and Cornwall Police, both gave false alibies, only to be caught out by GPS data from their mobile phones, DNA evidence from the alcoholic drink, and an eyewitness.

Mr Burrows has a history of racist and vigilante violence – resulting in several convictions, including assaulting two individuals he falsely accused of being paedophiles.

In mitigation, the defence put forward that Louis Mearns was ‘not racist’ and simply angered by rumours surrounding the murder of Lorraine Cox.

The judge, however, disagreed.

Judge Timothy Rose said: “There was no solid reason for you to believe Mr Rahimi was involved in the killing of Lorraine Cox beyond your vigilantist and racist views about the murder.”

The BBC reported that Mr Rahimi is not Turkish, and is of British-Afghan heritage.

Brandon Burrows admitted racially aggravated battery and whilst Mearns denied the same offence, both were found guilty, resulting in a 44-week sentence for Burrows and Mearns receiving a 44-week prison sentence.

Despite the racist nature of the violence, the BBC headline made no reference to this fact, rather, presenting a neutral headline of “Lorraine Cox: Men jailed for attacking man falsely accused of murder”. Equally, the Exmouth Journal omitted reference to the racist nature of the attack in their headline by writing, “Pair jailed for vigilante attack on kebab shop worker” on April 8. In contrast, ITV News did include it in their headline, “Pair jailed for ‘racist vigilante-style attack’ on man falsely accused of Lorraine Cox murder” last week.