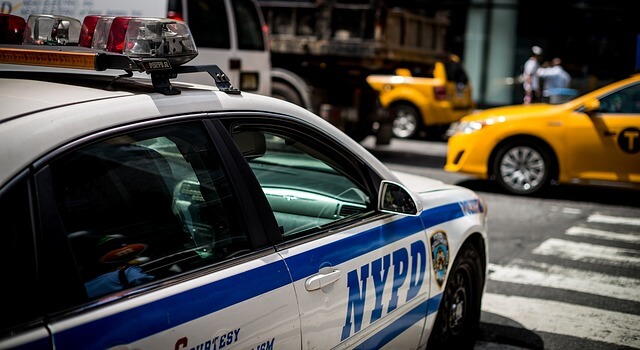 Recent examples of anti-Muslim hate in New York continue to highlight the gendered and often misogynistic nature of anti-Muslim prejudice and violence.

Only yesterday, a Muslim employee of the New York City Transit, who wears the hijab, was on her way to work when the abuse began at around 6:20am local time. Named locally as Soha Salama, she was allegedly called “a terrorist” by a male passenger.  According to the Washington Post, the man shouted after exiting the train: “You’re a terrorist, go back to your own country!”

Irrespective of when the abuse began, it  continued. The man is said to have then followed Ms Salama and allegedly said, “You shouldn’t work here”. She was then pushed down the stairs, injuring her ankle and knee, according to police.

Another anti-Muslim hate crime in New York over the weekend made headlines. Christopher Nelson, a 36-year-old resident of Brooklyn, is charged with menacing as a hate crime and aggravated assault in the second degree.

Aml Elsokary, an off-duty NYPD officer, was parking her car after dropping her son off in the Bay Ridge area of Brooklyn area on Saturday evening. According to Officer Elsokary, she spotted a man abusing her son, so she went over to intervene, but did not identify herself as a police officer.

According to the criminal complaint, Nelson allegedly told Officer Elsokary, “I’ll slit your throat, you ISIS b*tch”. Or, “ISIS b*tch, I will cut your throat go back to your country.” He faces a second accusation of losing his grip on the leash of his pit bull and telling the animal to ‘sic her’.

The misogynistic overtones of the alleged slur are all too clear. Our 2015 annual report revealed that Muslim women are more likely to be attacked than men in most settings. The largest proportion of perpetrators are white males. This means that the largest proportion of incidents involves Muslim women, usually wearing Islamic clothing – be it the hijab, abaya or niqab.  Verbal abuse from men often carries misogynistic, racist and Islamophobic overtones.

Following the incident against Officer Elsokary and her son, Mayor Bill de Blasio tweeted: “Aml Elsokary is one of 900 Muslim-Americas in @NYPDNews who protect us. Let’s stand with her family. Call 311 with any info. #NotInOurCity'”. The tweet went viral, gaining over a thousand retweets since appearing online at 8:54pm on December 4.

At a press conference a day later, Mayor de Blasio reiterated that the NYPD contains more than 900 Muslim officers who: “Put their lives on the line for Christians, for Jews, for Hindus, for Muslims, for everybody.”

In response to the allegation that Officer Elsokary was told to “go home,” Mayor de Blasio had this to say: “Well, this is Officer Elsokary’s country. She is an American. She is a New Yorker. She’s already at home. And we cannot allow this kind of hatred and bias to spread. We have to stop it every single time.”

The press conference also confirmed a rise in hate crimes following the election of Donald Trump – with 43 reported hate crimes in New York since Election Day – a 115 per cent rise on the 20 reported cases during the same period last year. That figure includes 24 reported antisemitic hate crimes, and four reports of anti-Muslim hate crimes.

New York Police Department Chief of Detectives Robert Boyce, however, stressed that the latter excludes incidents from the weekend. Therefore, official figures have yet to include incidents against Officer Elsokary and Ms Salama.