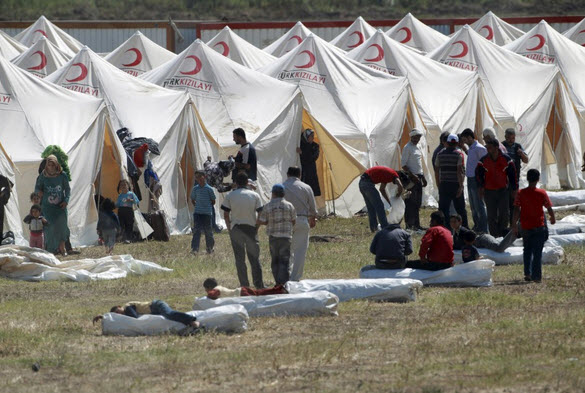 Over the last two months, the refugee crisis taking place with waves of refugees from Syria, has also shaped the anti-Muslim rhetoric that is being reported in. Just as Charlie Hebdo, the Rotherham grooming scandal and IS have changed the lexicon of anti-Muslim hate, so has the refugee crisis, as some people see women in Hijabs crossing Europe on mainstream channels and decide to target British Muslims with their venom.

Today, we had a report of mosque worshippers in Reading being targeted for anti-Muslim hatred. The report, from one of the mosque worshippers, highlighted how two white males, (one described as having a thick ‘Eastern European accent’ of sorts), screamed at worshippers who were filing out of the Reading based mosque after prayers. The two white males shouted a tirade of anti-Muslim hate at worshippers who simply looked at the males, who were acting in a highly aggressive manner.

Details of the incident have been passed to the police in the hope that CCTV can identify the vehicle and the faces of the perpetrators. All of the material passed onto us will be sent to Thames Valley Police.