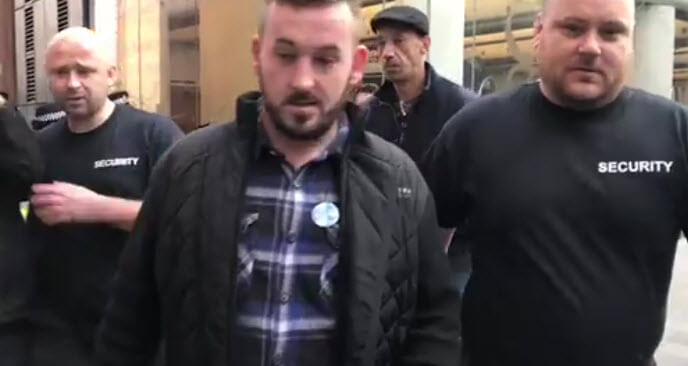 We can today reveal that when James Goddard attended court at Manchester Magistrates Court four days ago, he was accompanied by members of the Democratic Football Lads Alliance Polish division. 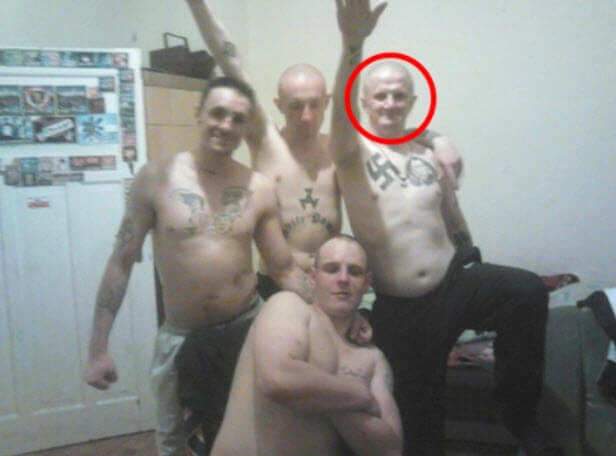 Another key figure in the Polish Division of the DFLA is Matthew Bartnik. He stated the following below on the Facebook screen shot. “Gerard Batten spoke to me today about Poles remaining in the UK after Brexit. Don’t believe the media. Vote UKIP”. 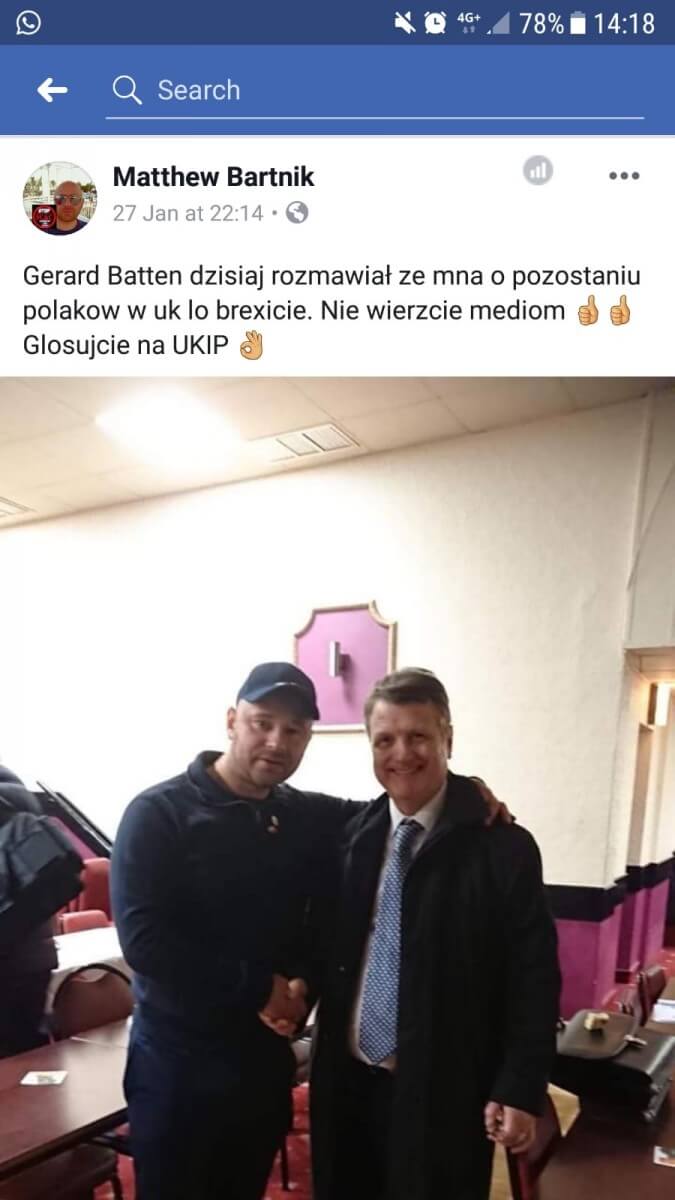 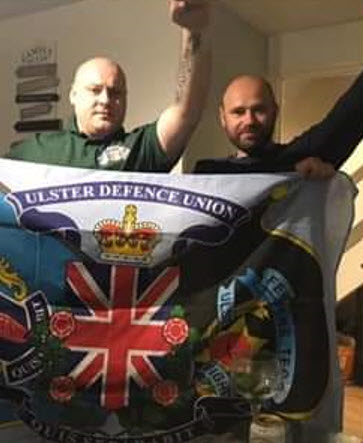 Within this news article, it is clear that Holt and Bartnick are providing the security for Goddard showing that there are inter-relationships between the Yellow Vest movement in the U.K and the DFLA Polish division. The video in this article shows them to be around Goddard.

Journalists were called ‘scum’ by James Goddard at this hearing and what is also troubling is how such individuals in these groups slide into other groups and how they are attempting to enter into settled communities of Polish heritage, (see below).

For example, associations between Husaria Manchester, which our sister organisation Faith Matters has written about, and the DFLA Polish division can be highlighted through such photographs (below) taken in Manchester recently at an event commemorating fallen Polish WWII soldiers. In the picture are Karol Kamil Peruta of Husaria Manchester with Matthew Bartnik, Shaun Holt and Tomasz Gawdziakowski (all three of the DFLA). 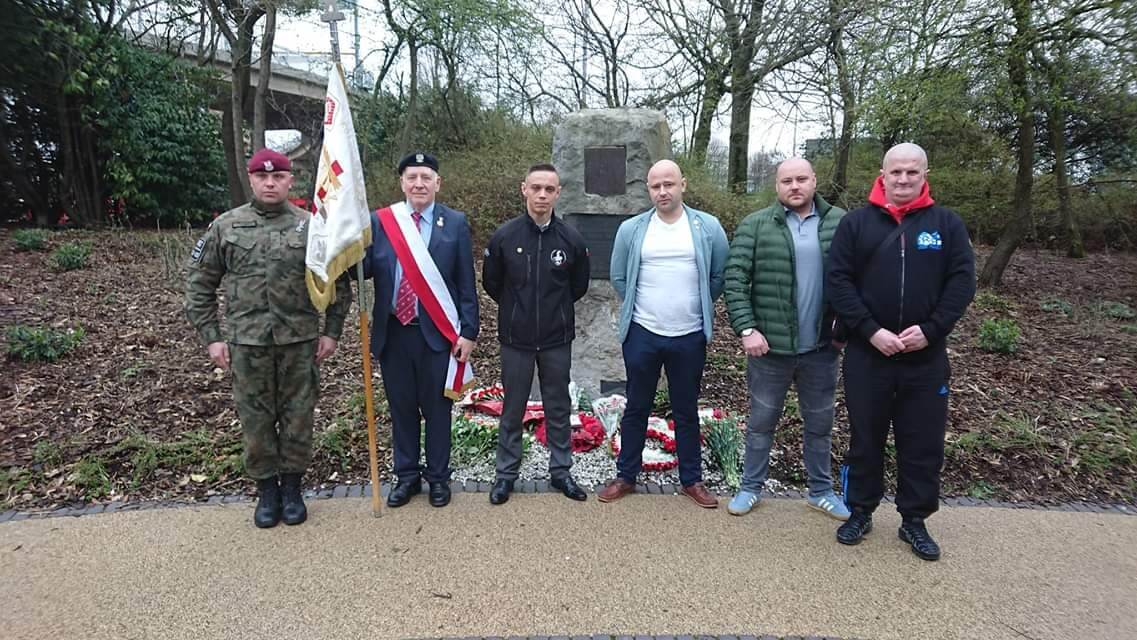