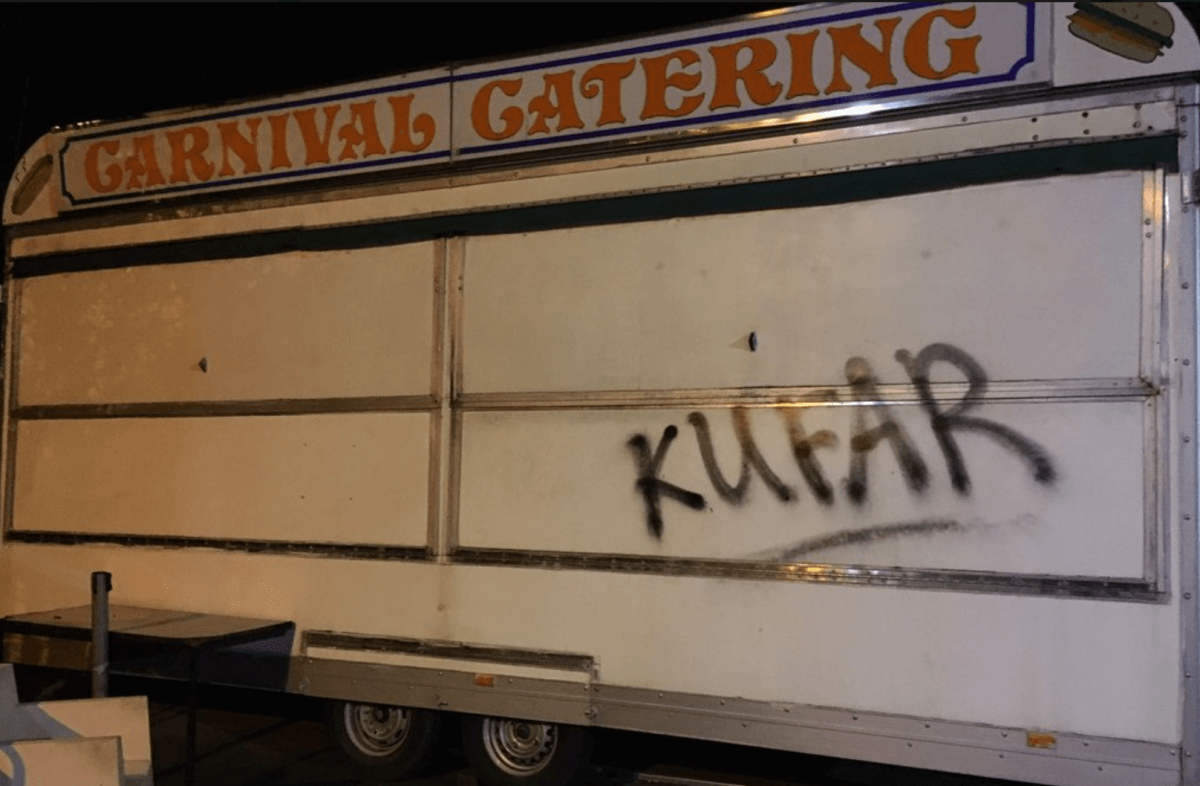 We have been notified of another sectarian incident outside the KSIMC Mosque in Birmingham. This mosque on Clifton Road has been targeted before and this latest round of hate, led to the word ‘Kuffar’ emblazoned outside a van in the bounds of the mosque.

The graffiti was highlighted by Ahmed Versi, editor of the Muslim News, on Twitter on November 30.

#Exclusive #Graffiti #kuffar [unbeliever] written on snack bar van last night parked in mosque compound at #KSIMC#mosque on Clifton Road, #Birmingham #police were not able to provide any information. This is the second #sectarian graffiti attack on the mosque in recent months pic.twitter.com/Zwor0jAKtR

The targeting of this mosque brings to the forefront, the fact that we are picking up a higher incidence of anti-Shia and other sectarian hatred, including anti-Ahmaddiya incidents. This case is also deeply concerning since it may indicate one of two things; these include the possibility of someone who may have come across far right or anti-Muslim material, since the ‘Kuffar’ term is one that is used within these circles. It may also indicate someone who may know that the mosque is Shia and therefore targeted it by the use of the term and this may indicate sectarian hatred.

We are concerned that this mosque has been targeted before and the fact that sectarian hatred is an issue that seems to bubble up at points. We will be keeping an eye on this situation. In the meantime, we urge anyone who has any information on this case to contact West Midlands Police on 101.

(Note: The term ‘Kuffar’ is described as ‘unbeliever’)