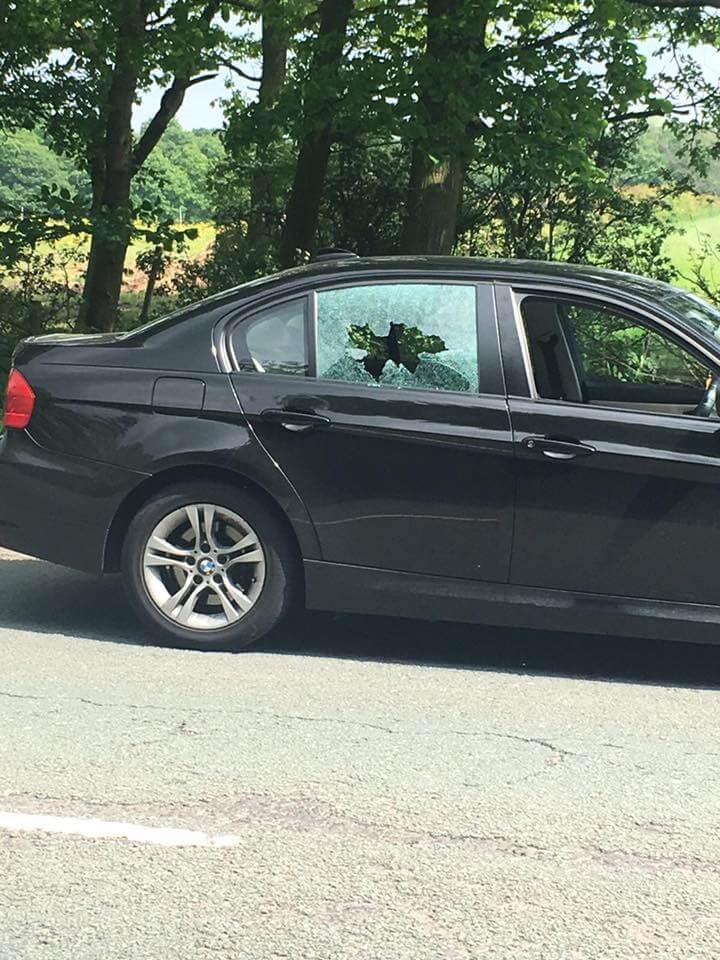 We received notice of an incident in the Rotherham area yesterday evening which according to the victim was said to have involved a firearm, (possibly a pellet gun), which was allegedly fired at a young Hijab wearing driver in the area and this was mentioned by relatives in the initial instance after the incident. The incident led to the rear side window of the vehicle that the 24 year old Muslim female was driving, to shatter.

Rotherham has sadly become synonymous with the grooming scandal that affected over 1,000 young girls and we have previously written about the anti-Muslim hate incidents that have taken place in the town since late 2014. Tensions also recently rose between members of the local Muslim community and South Yorkshire police where a short-lived boycott on non-emergency police engagement took place because of strong feelings in the local British Muslim population that little was being done to tackle anti-Muslim hate crimes.

Yesterday evening a Facebook post by the aunt of the victim highlighted her frustration about people whom she regarded as being Islamophobic.  She stated:

Alhamdulillah (thanks to God) my niece wasn’t killed today after two men on a motorbike shouted Islamaphobic and racist abuse at her whilst she was driving and then shot at her with a gun, thankfully she managed to speed away and narrowly avoided being hit, Alhamdulillah she is ok.”

More details have also emerged about the incident where the victim was clearly identifiable as a Muslim female since she wears the Hijab. This incident, seems to have been targeted and particularly malicious given the fact that the victim received anti-Muslim abuse as she was driving before a firearm was allegedly pulled out by the perpetrators. The victim also stated that she heard what seemed to be a loud gunshot type noise, with the rear window then shattering into pieces. However, as suggested before, after an investigation of the vehicle by the police, the rear window may well have been shattered by an item striking it other than a pellet or a live round and the victim is adamant that she saw a handgun.

We are in the process of engaging with the family concerned and given the seriousness of what seems to be an anti-Muslim hate crime. Given the fact that community tensions have risen and fallen with some intensity in Rotherham in the last 24 months, the latest incident will do nothing to reduce tensions and perceptions within local communities.