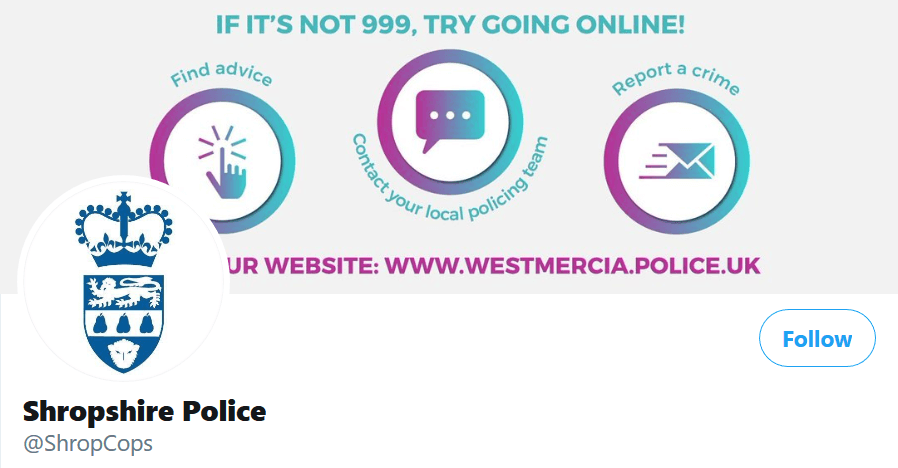 Shropshire Police and other Twitter users have debunked a malicious tweet which claimed that a ‘mosque in Shrewsbury’ was ignoring the coronavirus lockdown.

The offending tweet, published on March 26, from a user who claimed ‘to have spoken to the mosque’ and was ‘horrified’ to find that it was still open, adding that the people inside could be ‘super spreaders’ of the virus, and urged the police to act.

The Shrewsbury Muslim Centre, however, has continued to observe the lockdown since the government’s advice changed earlier this month. In a statement published on March 19, the centre committee, as with many places of worship, spoke of their acute concern about the virus and would, therefore, cease holding Friday (Jummah) prayers until further notice. 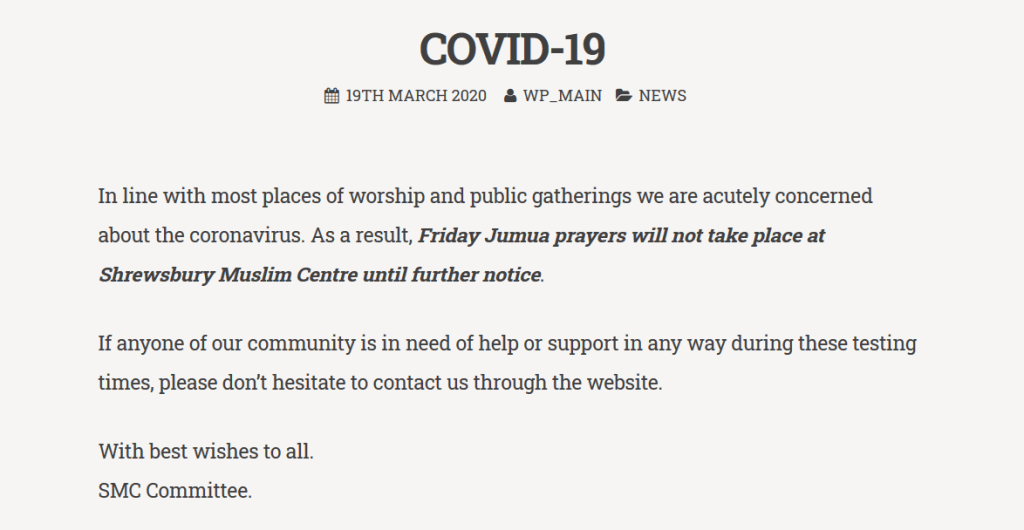 Shropshire Police tweeted yesterday evening that “Probably because there is no Mosque in Shrewsbury. There is a prayer centre & it has been checked and is fully compliant with the current government requirements.”

Other Twitter users condemned the flagrant attempt at stirring up anti-Muslim hatred and Islamophobia, writing, “Shropshire Police thanks for standing up in favour off against the hater who want to pour petrol and stir up tensions in the community.” One user added that “There isn’t a mosque in Shrewsbury ya daft racist,” as another user replied, “You’re a super spreader of lies and racism.”

The tweet did attract attention from a plethora of nationalist and far-right accounts, but a clear majority of the replies condemned the malicious tweet.

When asked what they were going to do about such hateful conduct, Shropshire Police replied that it had been “all duly recorded & reported.”

Tell MAMA urges users to report the malicious tweet, as others have done so. We welcome the quick debunking by Shropshire Police and others who challenged this malicious and inflammatory tweet.