Socioeconomic deprivation will only fuel our social divides 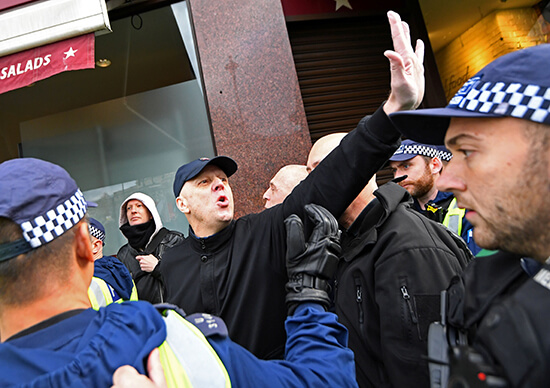 A new political settlement is being forged by Donald Trump and Brexit. It is something to send ripples of deep unease and discomfort amongst those who recognised liberalism as flawed but ultimately a force for positive change if harnessed well. The art of these twin pushbacks against liberal ideas has been to change the stories of their countries. America was built by immigrant labour and has been the story of industrious individualism and hard-working immigrants, sold under the banner of the “American Dream”. Meanwhile in Britain we prided our internationalism on being a spiritually generous society, one who saw a civic duty in charity, foreign aid and opening our borders to those in need of our help.

Today, these two countries are changing unquestionably. It would be the height of disingenuity to ignore the sweeping racism that always dogged somewhere like Britain. For much of the last century the far-right were a presence in the streets, a manifestation of Enoch Powell’s dark prophecy that promised blood on the streets amidst a race war. But they were pushed back by the solidarity between minorities and the natives. Britain was not a post-racism society as many liked to dishonestly pretend, but by comparison to other countries in the west it had made incredible strides in becoming more socially liberal.

And yet today we have Brexit. We have increased rates of hate crime that followed it across places like Stoke, West Midlands, Wales and Sunderland. A sense of euphoria and legitimacy has emboldened the far right to not only peddle their hate but now attack groups. Brexit seemed to vindicate them, bring them from the margins previous generations spent blood and sweat to push them to. And why would they not feel like that? Brexit was the culmination of cultural and economic grievances boiling into a desire to rattle the status quo and the distant elites whose lives seemed wholly unconnected from those living in impoverished post-industrial towns. Give the tree a shake and see what falls down.

What does post-Brexit Britain so far look like? Increased hate crimes, uncertainty about the future of migrants, loss of jobs, shortage of medicines, the Yellow Vests, Tommy Robinson in UKIP and a whole lot more. Globalisation delivered rapid change and it would be mistaken to think this would not generate tensions between different demographics, especially in towns where a sort of self-imposed segregation born from fears of racism and extremism arise. People are social animals and long for a sense of cultural communion, the sort of which local councils have not sought to nurture enough. These cultural divides have made groups more vulnerable to extremists from both the far-right and Islamist backgrounds, who feed off the sense of social exclusion that can fester.

But this has been exacerbated by the profound sense of loss in many post-industrial towns and cities which have been tapped into, relentlessly, by both the far-right, populist parties like UKIP and the right-wing tabloids.

When Margaret Thatcher closed the mines during the eighties a terrible gale of depravity blew through many British communities. A sense of cultural identity, communal tie and belonging was lost to the forces of globalisation and the market. The shift to a more insecure labour market further eroded the sense of community that once existed. In these towns a rust has settled over and provided a fertile ground for hostility towards immigration and Islam to grow.

Research has shown that areas close to major cities and university towns have warm views on both while those from the more industrial towns have negative views. In particular, attitudes towards Islam had been somewhat softening between 2011-2016 but then grew again during 2017, which is likely tied to the spate of terrorist attacks. The consequences of this cannot be underestimated for how it undermines the social fabrics by fracturing the cohesion in communities. In areas where hostile views towards Muslims and immigrants exist, the potential for racially-motivated violence and abuse are never too far away. Data found that following Brexit, 33 out of the 44 major police forces across England and Wales reported a sharp rise in hate crime.

Key to challenging this growth in far-right extremism include listening to concerns over immigration and Islam but at the same time presenting a passionate defence of the contributions made to our country by migrants and Muslims.

Vital to this is also appreciating the economic anxiety gripping the country. In leaving behind the industries without a plan to regenerate well-paid jobs offering dignity and social status, successive governments have entrapped communities in a state of chronic poverty and unemployment. Opportunities have relocated almost exclusively to London and inequality has cut through the country starkly like a knife. It is sharp, and it is clear. While the wealth at the top multiplies, there are millions of working families toiling in poverty, reliant on food banks and unable to pay energy bills. The shortage of affordable housing coupled with abominably high rents, cuts to welfare and local council budgets have punished families relentlessly. Insecurity over housing and jobs is a strong aspect of anxiety regarding immigration. Many feel they are already priced out and unable to compete, and regard low-skilled immigration as another threat to their own economic security and interests.

Within this climate, populists and extremists present an enemy in the shape of the low-wage immigrant, who without voice, status and power, cannot defend their interests. They would ordinarily look to the institutions for protection but find government ministers demonising them and newspapers blasting them. This is the game of divide and rule that the far-right thrive upon. We comforted ourselves with the decline of UKIP thinking that populism was in its last embers, but they achieved their goal of Brexit, and one imagines that a populist right-wing party offering economic protectionism to post-industrial towns coupled with harsher stances on immigration and Islam could perform extremely well.