Spectator is Simply Wrong on This. Anti-Muslim Hate (vs) Anti-Semitism is Not a Competition 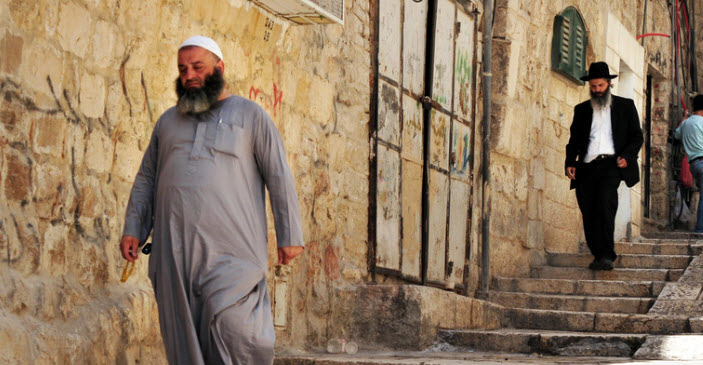 Do media outlets and leftists care more about Islamophobia than antisemitism? Brendan O’Neill made the case in a recent Spectator column; yet the article is a rather lazy and divisive argument.

To explore that problem requires an understanding of police data; both data sets are rolling figures for July 2014 to July 2015. Had you looked at the rolling figures from June 2014 to June 2015, antisemitic hate crimes had risen by 134.4 per cent. Crimes listed as Islamophobic were up from 460 incidents to 806. A trend The Evening Standard highlighted under the umbrella of rising the broader rise in race hate crimes.

In July, the Community Security Trust (CST) noted the bleak increase in antisemitism during the first six months of 2015. It recorded 473 incidents – an increase of 53 per cent from the same period in 2014. That alarming rise generated coverage in the Independent, BBC, Guardian, ITV and other outlets. Stories shared thousands of times across social media platforms.

A month later and Owen Jones opined that ‘Antisemitism has no place on the left. It is time to confront it.‘ That article had over 12,000 shares – not all positive – but it created a measure of welcome debate. Perhaps Jones is the outlier; sections of the left do feed into antisemitism as others do not; but the point remains that there is clear concern for antisemitism from sections of the news media and left.

O’Neill also omitted to mention the large anti-Muslim backlash following the Paris atrocities. Within three days, there had been 15 recorded incidents in France. Instead, he speaks of it in ‘possibilities’ and ‘potentials’. Like in Britain, attacks against religious minorities in France remain a problem.

He also writes that ‘you have to scour the media to find mentions of attacks on synagogues’. Back in March, an appalling attack on Stamford Hill synagogue made headlines in various media outlets. Yes, that is one high-profile example, but the point remains.

Nor is it helpful for O’Neill to dismiss the ‘bovine’ nature of attacks against mosques. An attack against any religious institution is abhorrent – no matter how small or ‘insignificant’. Often, it falls to local press, the CST, or Tell MAMA to highlight incidents against Jewish and Islamic institutions. To follow O’Neill’s argument, a measure of Islamophobic crimes only appear in local press; some are then picked up in the national press.

Another issue to consider is the level of police effectiveness. The Met has 900 specialist officers in its Community Safety units specialising in religious and ethnic hate crime. It remains one of the few force areas to deploy both antisemitic and Islamophobic crime flags.

In response to the rise, a Scotland Yard spokesman said: “We know communities feel anxious in light of recent world events. So Neighbourhood policing teams are showing more presence on school routes, on holy days and prayer times to give reassurance.”

Islamophobic and antisemitic hate crimes continue to rise. It will not decrease through divisive comparisons of newspaper headlines and crime stats. Turning hate crimes into a competition is a self-defeating distraction from the chronic problems. Without debate, self-reflection, and re-assurance, how do we reverse this trend? Britain in many ways is a safe place for Muslims and Jews to practise their faith free from obstruction and threat of violence. It will take a collective effort to remind both communities that their hopes and concerns do matter.